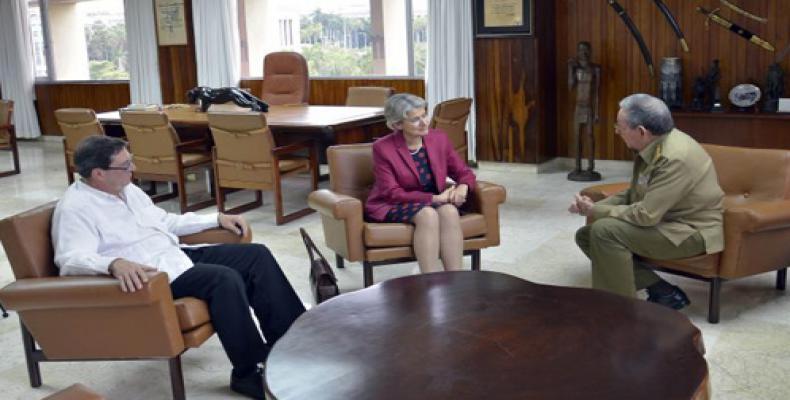 During the meeting, which was also attended by Cuban Foreign Minister Bruno Rodriguez, President Castro and the visiting top UNESCO official talked about the 3rd Meeting of Culture Ministers of the Community of Latin American and Caribbean States (CELAC), which is currently holding sessions here in the Cuban capital.