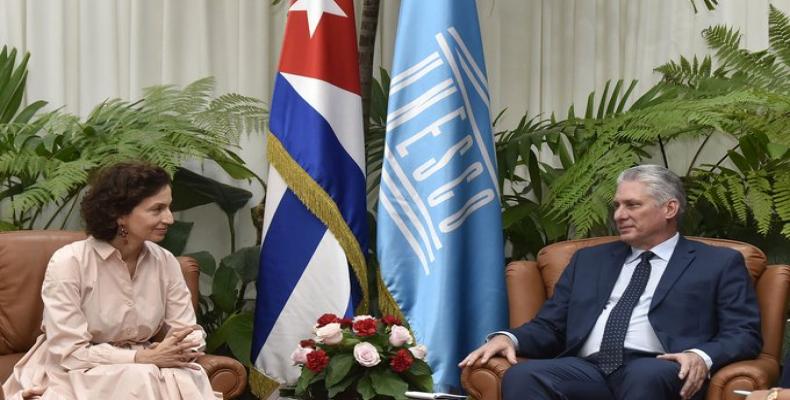 Havana, December 7 (RHC)--  Cuban President Miguel Díaz-Canel received on Friday the Director-General of the United Nations Educational, Scientific and Cultural Organization, UNESCO, Mrs. Audrey Azoulauy, who is on an official visit to the island.

In a cordial atmosphere, they exchanged views on the state of the existing relations between UNESCO and Cuba.   And they ratified the will to continue working to strengthen them.

They highlighted the priority given by both parties to the development of education, culture, and science, to the use of new information and communication technologies, as well as issues related to the Organization's mandate.

The distinguished guest was accompanied by the Assistant Director-General for Culture of UNESCO, Mr. Ernesto Ottone Ramírez, and the head of UNESCO's Latin America and Caribbean Unit in Havana, Mrs. Sophia El-Akremi.