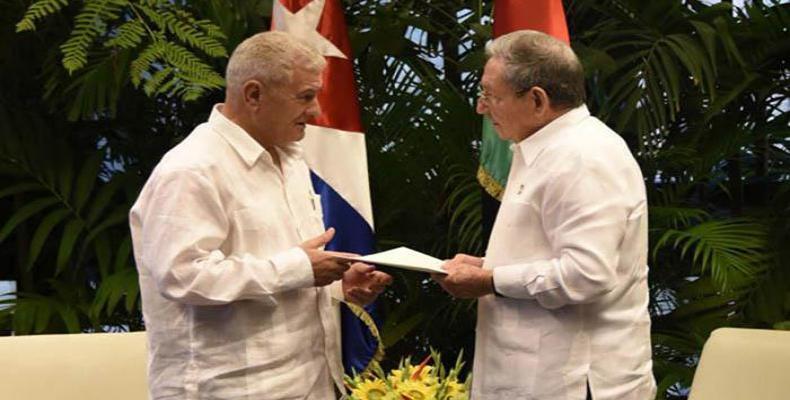 Havana, October 24 (RHC)-- Cuban President Raul Castro met on Friday afternoon with Sharif Ali Housein Meshal (Abbas Zaki), General Commissioner and Member of the Political Bureau of the Al Fatah Movement, who is on a visit to Cuba.

During the fraternal meeting, the two leaders talked about the progress of historic relations between the Cuban Communist Party and the Fatah Movement, and aspects of the international situation were also discussed.

Accompanying the distinguished leader were Dr. Mohamed Odeh Amer Abdelhadi, Chairman of the Committee for Latin America in the area of ​International Relations of the Fatah Movement, and Dr. Akram Mohammad Rashid Samhan, Ambassador of the State of Palestine.

Cuba was also represented at the meeting by Politburo member and Foreign Minister Bruno Rodriguez, and Member of the Secretariat of the Central Committee of the Cuban Communist Party and head of its Department of International Relations, Jose Ramon Balaguer.