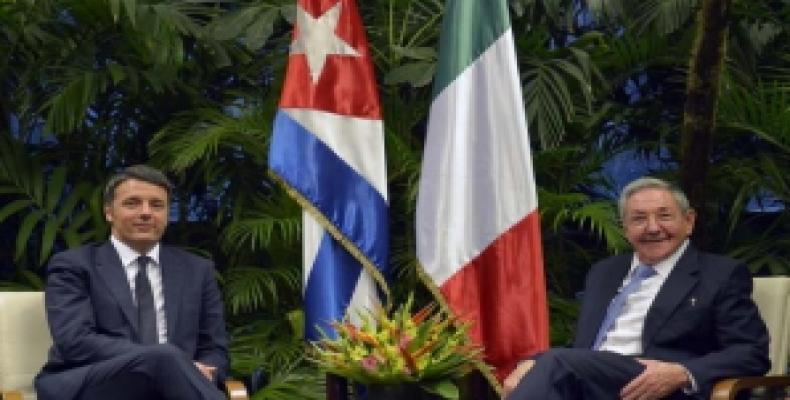 Havana, October 29 (RHC)-- Cuban President Raúl Castro met at the Palace of the Revolution Wednesday with Italian Prime Minister Matteo Renzi, who is paying an official visit to Cuba.

During the meeting, Raúl Castro and Renzi talked about the progress made in terms of strengthened bilateral ties and expressed a common interest in boosting cooperation relations in such areas as the economy, trade and culture. The Cuban president and the visiting Italian prime minister also debated several international issues.

Also on Wednesday, the Cuban head of state met with Vietnamese Deputy Defense Minister and Chief of the General Staff of the Vietnamese People's Army, General Do Ba Ty, and his accompanying delegation, who were invited by the Cuban Ministry of the Revolutionary Armed Forces (MINFAR).

During the brief exchange, President Raúl Castro and the Vietnamese deputy defense minister ratified the excellent state of bilateral relations and the historic links that unite the Cuban and Vietnamese peoples and the two countries' armies.