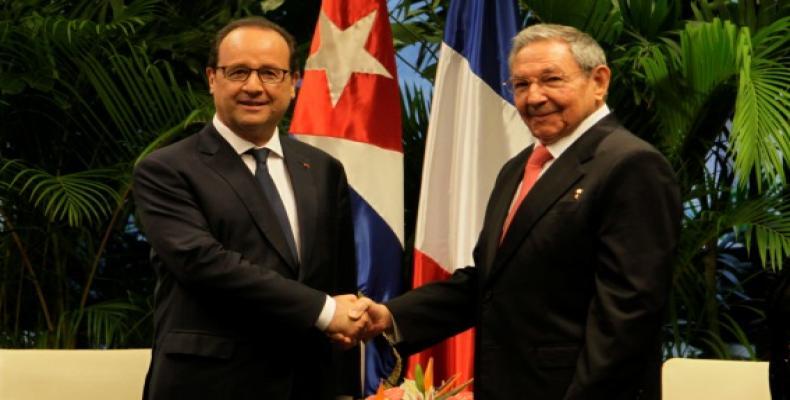 Havana, January 18 (RHC)-- Cuban President Raúl Castro will pay an official visit to France on February 1st and 2nd, on the invitation of his French counterpart Francois Hollande.

Cuba's Deputy Foreign Minister Rogelio Sierra said the visit confirms the excellent relations between the Caribbean state and the European country. He added that the trip to France will provide continuity to the visit to Havana by President Holland in May 2015.

The Cuban deputy foreign minister said that the planned meeting between Raúl and Holland in France indicates Cuba's determination to diversify its political, economic, trade, financial and investment relations with countries in Europe and around the world.