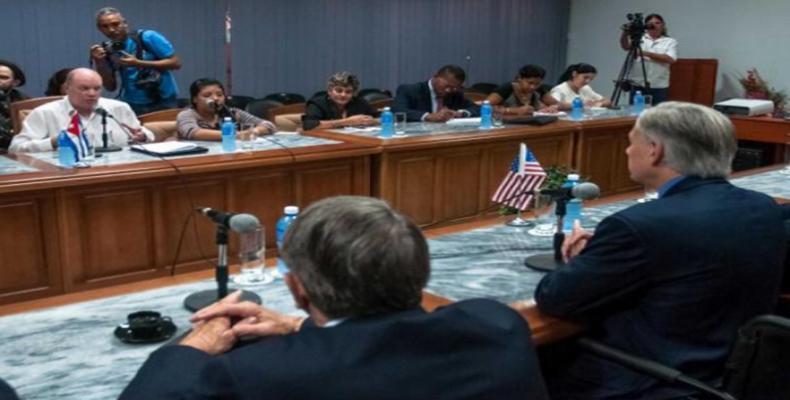 Washington, February 16 (RHC)-- Cuban Minister for Foreign Trade and Investment Rodrigo Malmierca visited the offices of the U.S. Chamber of Commerce, which represents the interests of more than 3 million U.S. businesses.

At the Chamber, Malmierca was received by its President Thomas Donahue and by Myron Brilliant, Executive Vice President and Head of International Affairs.

Malmierca was accompanied at the meetings by Orlando Hernández Guillén, president of Cuba's Chamber of Commerce, and by authorities from the country's Foreign Ministry and the Cuban National Bank.