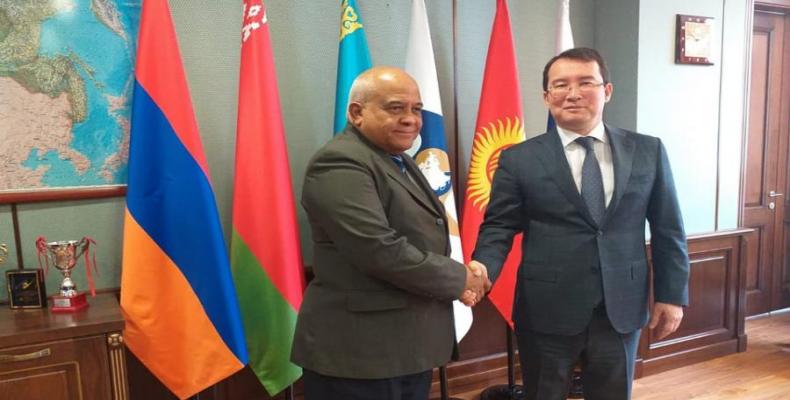 Moscow, September 23 (RHC)--The President of the Cuban Chamber of Commerce, Orlando Hernandez Guillen, visited in the Russian capital the Eurasian Economic Commission (EEC) and met with the Minister for Fiscal and Economic Policy of that organization, Timur Zhaxylykov.

Hernandez Guillen expressed Cuba's willingness to strengthen ties with the EEC in order to re-enter the markets of its member countries with traditional export products, such as tobacco and rum and place new types, such as medical-biopharmaceuticals,

Zhaxylykov expressed the intention to increase cooperation with the island and extended an invitation to his Cuban counterpart to participate in the Commission's main exchange event, the Businessmen's Forum, to be held in Belarus next year.