Cuban Minister of Foreign Trade and Investment Concludes Working Visit to the U.S. 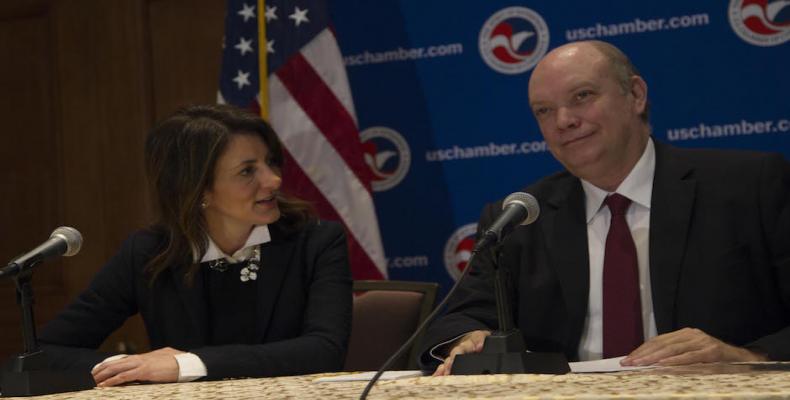 Shortly before departing from the U.S., Malmierca held talks with Terry McAuliffe, Governor of the U.S. State of Virginia. The meeting took place at the Cuban Embassy in Washington. Also on hand was Cuba's Ambassador José Ramón Cabañas.

During his stay in the U.S., the Cuban minister of foreign trade and investment fulfilled a packed agenda that included activities in the U.S. Chamber of Commerce, the Commerce Department and the United States Institute of Peace.

As part of his program, Minister Malmierca met Thursday with U.S. Secretary of State John Kerry, shortly after Cuba confirmed the news that President Barack Obama will visit the Caribbean State on March 21st and 22nd.

In all his meetings and talks with U.S. officials, business people, academics and journalists, the Cuban minister of foreign trade and investment expressed Cuba's readiness and willingness to advance bilateral relations towards full normalization, but insisted that the U.S. blockade policy constitutes a major obstacle to that end.