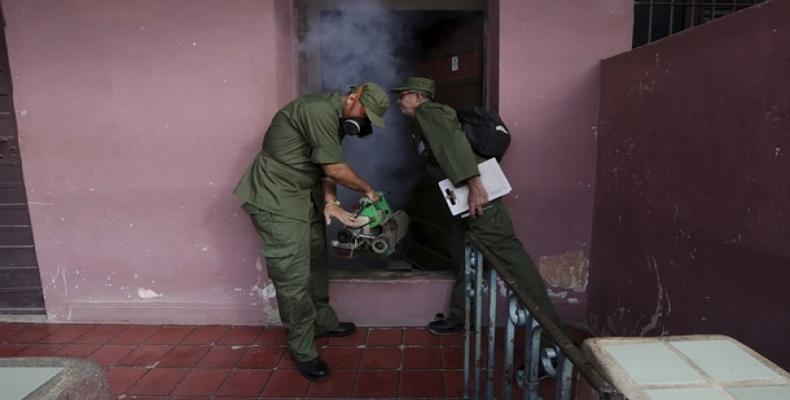 Havana, February 23 (RHC)-- Cuba will deploy more than 9,000 army troops to assist the population in ongoing anti-vector and cleanup efforts, aimed at preventing the introduction and spread of Zika virus in the country.

In a national message on Monday, Cuban President Raúl Castro announced the troops deployment and said that they include both, active duty and reserve officers, with the additional support of 200 officers of the National Revolutionary Police.

The deployment is as part of the action plan adopted by the Cuban government under the direction of the country's Health Ministry to deal with Zika, dengue and chikungunya.