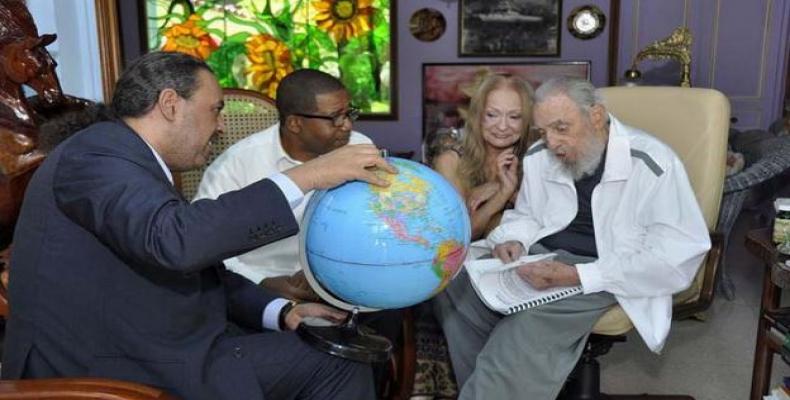 Havana, May 10 (RHC)-- Cuban Revolution leader Fidel Castro met Monday afternoon with his Highness Sheikh Ahmad Al-Fahad Al-Sabah, President of the Association of National Olympic Committees, who is currently on an official visit to Cuba.

Cuba's newspaper Granma publishes a series of photos taken during  the cordial exchange between Fidel and the distinguished visitor.

The president of the Association of National Olympic Committees arrived in Havana on Sunday, May 8th. As part of his visit agenda, he has already visited the Havana-based Anti-doping Laboratory, where he observed the scientific rigor that has characterized that institution over the past 15 years since its inauguration on an initiative of then Cuban President Fidel Castro.

Sheikh Ahmad also visited other iconic sports facilities here in Havana and met with authorities of the country's sports federations, the National Olympic Committee and National Institute for Sports, Physical Education and Recreation (INDER). During those meetings he praised Cuba's achievements in the field of sports.