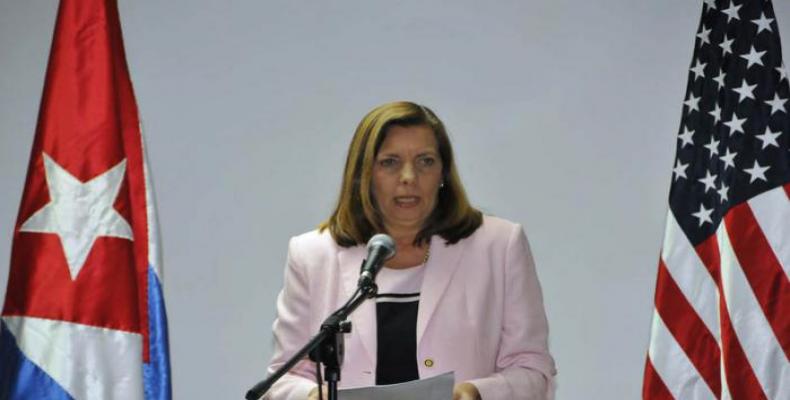 Havana, May 31 (RHC)-- Josefina Vidal, Director General for the United States Department at the Cuban Foreign Ministry has said the governments of Cuba and the United States are negotiating new cooperation agreements that would be signed in the coming months.

Addressing the 34th Congress of the Latin American Studies Association (LASA), in New York, Vidal mentioned a wide range of cooperation areas, among them health, the fight against drugs, search and rescue operations, oil spill response in the Gulf of Mexico and the Straits of Florida, seismic monitoring, plant and animal health, terrestrial protected areas, and meteorology.

The Cuban diplomat added that the two governments are also working on new high-level visits to both countries, in order to promote dialogue.