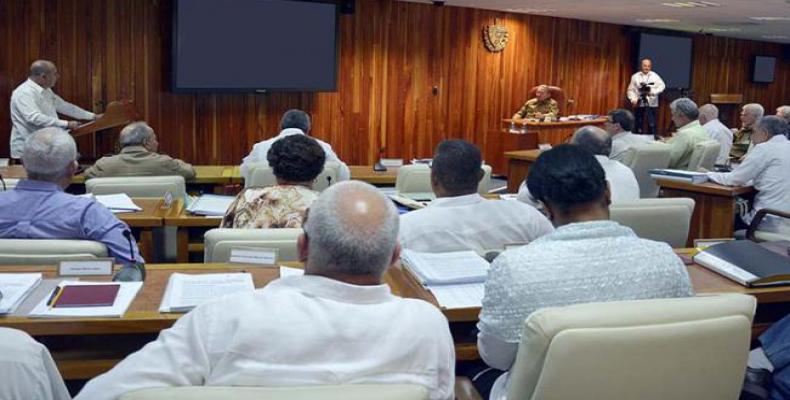 Havana, June 28 (RHC)-- Members of the Cuban Council of Ministers on Monday evaluated the performance of the national economy for the first half of the year and worked on estimations for the remainder of 2016.

The discussion's results will go into a report to be analyzed by the National Assembly during their mid-year session in July.

During the meeting, chaired by President Raul Castro Ruz, participants agreed on the need for companies and agencies in Cuba to eliminate costs deemed unnecessary and boost savings and efficiency in the use of available resources.

Minister of Economy and Planning, Marino Murillo, outlined the economic scenario for the coming semester and noted that, in spite of existing restrictions, the core of activities sustaining the vitality of the nation are guaranteed, particularly those that generate revenues and substituting imports.

The Cuban Council of Ministers also took a look at implementation of the state budget in 2015, which will also be submitted to the approval of Cuban legislators when they meet in July.