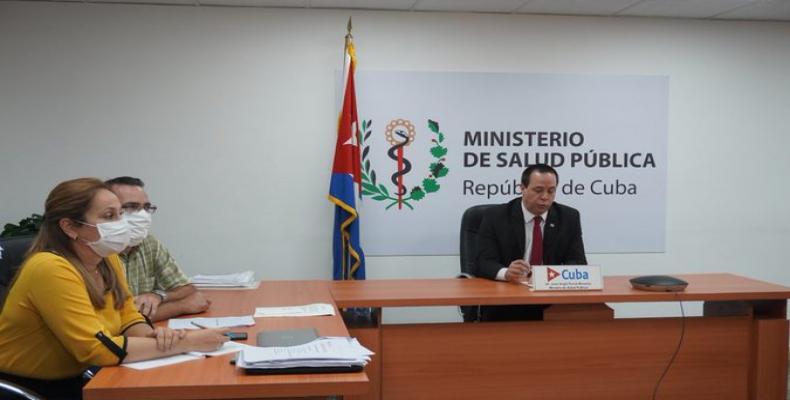 Havana, May 18 (RHC)-- The Cuban Minister of Public Health, José Angel Portal Miranda, spoke on Monday at the 73rd World Health Assembly, which is held every year this month, and which on this occasion was dedicated to worldwide actions against the coronavirus.

This year was a special assembly, because it was held on-line, as leaders and ministers of health from around the world addressed the crucial issue of the fight against the COVID-19 pandemic.

The top Cuban health official spoke about the 26 medical brigades of the Henry Reeve Contingent, which are today contributing to the fight against the coronavirus in 24 countries. Dr. Portal Miranda noted that this gesture of solidarity is being carried out despite the genocidal blockade imposed by the United States against Cuba, which has cruelly intensified.  The minister of public health also pointed to the campaign led by the U.S. against Cuba's medical professionals treating people around the world.

He said that no country on its own can face this pandemic; a global response is required, based on unity, solidarity and renewed multilateral cooperation.

The Cuban minister of public health reiterated the island's cooperation with the World Health Organization and its member States, and it's willingness to share Cuba's modest experiences.

You can listen to Minister Portal Miranda speech by clicking here