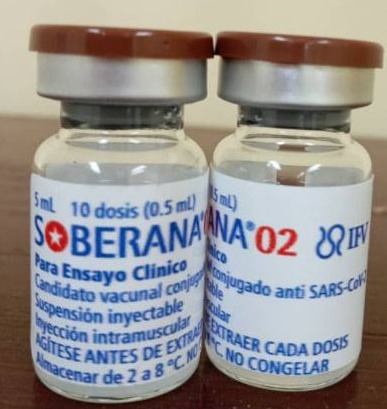 Havana, March 4 (RHC)--A group of 44,010 volunteers participates as of Thursday in the third and final clinical trial of the Cuban vaccine candidate against Covid-19 Soberana 02.

The Cuban Regulatory Agency (CECMED) announced it gave the green light to this phase. It explained on its website that in this period of studies, the objective is to evaluate the efficacy, safety, and immunogenicity of the anti-SARS-CoV-2 vaccination.

The volunteers distributed in eight municipalities of Havana will be male and female,  between 19 and 80 years of age.

Developed by the Finlay Vaccine Institute (IFV), Soberana 02 is the entity's second proposal against Covid-19 and the most advanced in the studies.

Just a few days ago, Vicente Vérez, director of the Finlay Vaccine Institute, explained that Soberana 02 showed in its study stages II A and II B great safety, as well as a powerful immune response.

It also induced long-lasting memory of that immune response which, in addition to producing antibodies, makes them last, the expert pointed out.

"Our Sovereign 02, first Latin American vaccine in phase III! CECMED has just approved it after rigorous analysis of the evidence. Thanks to its creators who, in turn, thank all those who have helped."