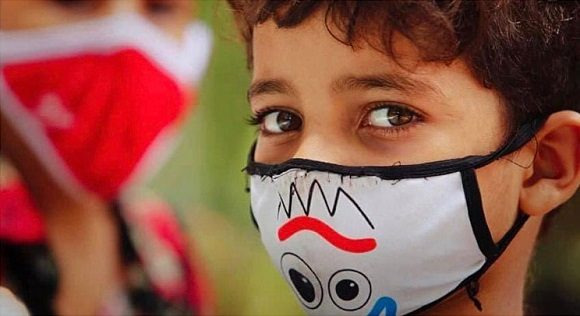 Havana, June 11 (RHC)-- The Cuban State Center for the Control of Medicines and Medical Devices (CECMED) approved Thursday implementation of an anti-COVID-19 clinical trial in the pediatric population with the vaccine candidates Soberana 02 and Soberana Plus.

This is a Phase I-II, open, adaptive, and multicenter study to evaluate the safety, reactogenicity, and immunogenicity, with a two-dose schedule of Soberana 02 and one dose of Soberana Plus both developed by the Finlay Vaccine Institute.

This stage will be carried out at the 'Juan Manuel Márquez' Pediatric Hospital, in Havana, with patients between three and 18 years of age who will make up a sample of 350 volunteers. They must present an informed consent of participation in the study on their part and one of their parents or legal guardians.

The participants will be divided into two groups, starting with adolescents between 12 and 18 years old, followed by children between three and 11 years old.

'The approval for the clinical trial is justified based on the current epidemiological context, with the considerable increase of positive cases in the pediatric population and based on the safety and immunogenicity results shown by the vaccine candidates, as part of phase I and phase II clinical trials,' said CECMED.

She also stated that the approval seeks to ensure children's return to normality in a short time, their attendance to schools, and "playing, going for walks and doing daily activities", she said.

CECMED pointed out that up to last May 27, there were18,249 confirmed cases of the Sars-Cov-2 virus in the pediatric population, of which 983 are children under one year of age. Although most of the children suffer from the disease in a mild form, it is dangerous due to their complications and the subsequent sequelae of the disease.

In this context, vaccination would play a fundamental role, as it could have a very positive effect in containing the progression of this disease,' said CECMED.