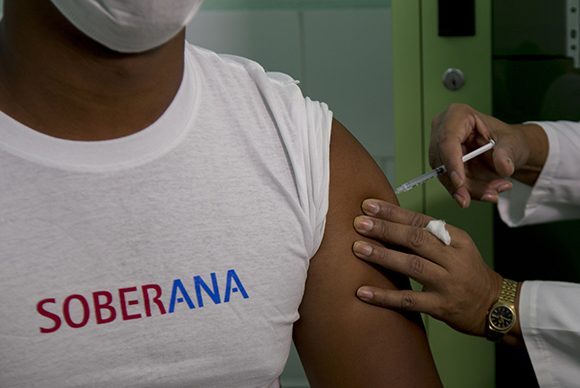 Havana, March 12 (RHC)-- The Havana province government reported on Twitter that 1,500 people were vaccinated on Thursday in 30 clinical sites with the Soberana 02 Cuban made anti-Covid-19 drug.

This Friday, 48 centers are expected to be involved in this stage in the  Cuban capital, said the government.

Cuba's Biotechnological and Pharmaceutical Industries Business Group, BioCubaFarma, said that the entire Cuban population will be immunized against Covid-19 during 2021, based on its vaccine candidates Soberana 02 and Abdala's proven efficacy.

The Havana government's top authorities reported on March 10 on the results of the first day of the clinical trial of the Soberana 02 vaccine, with which they will immunize a little more than 44,000 people at this stage.

On the day, more than 90 percent of the expected number of people received the dose, based on the organization of the infrastructure in family doctor's offices, local press media reported.