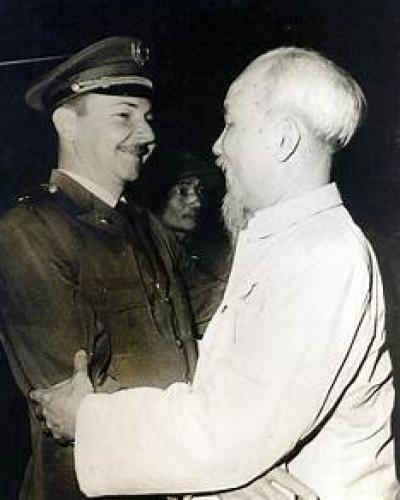 (1) Cuba recognizes 58th anniversary of the U.S. proclamation of the blockade

During this past week, Cuban devoted several articles in the principal daily newspapers, Granma and Juventud Rebelde, to the Presidential Proclamation, emitted by U.S. President John F. Kennedy on February 7, 1962, establishing the commercial blockade between the United States and Cuba. Cuba calculates that in its nearly six decades of application, the accumulated damages resulting from the blockade have reached more than 138 billion dollars. One of the articles quotes an infamous memo of the Assistant Undersecretary for Inter-American Affairs of the U.S. Department of State, Lester D. Mallory, dated April 9, 1960, which declares that “the majority of Cubans support Castro.” Only material difficulties and disenchantment with the economy will reduce the support. “One must employ immediately all possible means to weaken the Cuban economy…, to deprive Cuba of money and supplies, in order to reduce its financial resources and real salaries, provoking hunger, desperation, and the overthrow of the government.”

The article declares that the “economic blockade is the principal obstacle to the development of the Cuban economy and for the full enjoyment of human rights of the people of Cuba.”

The hostile policy of the United States toward Cuba was provoked by the Agrarian Reform Law of May 17, 1959, which appropriated large agricultural plantations, including lands owned by U.S. individuals and corporations; and redistributed the land to peasants, under different structures of ownership. The Agrarian Reform Law which was a necessary step for overcoming rural poverty. Relations further deteriorated with the nationalizations of U.S. property in 1960, which was necessary for Cuban control of the Cuban economy. The Agrarian Reform Law of 1959 and the nationalizations of 1960 struck at the heart of the neocolonial relation between the USA and Cuba.

The Cuban law authorizing nationalization of U.S. properties, emitted on July 6, 1960, allowed for Cuban compensation for the nationalized U.S. properties through a bank fund that would be fed by Cuban deposits equal to 25% of U.S. purchases above the sugar quota, with the fund reaching maturity in thirty years. It was a proposal for North-South cooperation: the U.S. government would commit to purchasing additional Cuban sugar, and Cuba would have the possibility to compensate for the nationalized properties as well we to invest funds for its economic and social development. A win-win proposal.

Cuba now has a different plan for compensation, namely, negotiation of the claims of both parties, with a resolution that takes into account both. Cuban owes the United States for the nationalized property, and the United States owes Cuba for the accumulated damages of the blockade, which was carried out in violation of regulations established by international conventions and resolutions.

The Cuban Revolution had come to power on the basis of a promise to the people to make economic policies on the basis of the needs and interests of the majority of the people. The Cuban Revolutionary Government proclaimed its right, as a sovereign nation, to make its own decisions with respect to its economic and social development, without foreign interference in its internal affairs. In his first address before the General Assembly of the United Nations in 1960, Fidel declared the right of the underdeveloped nations to nationalize foreign properties, as a necessary precondition for their economic and social development.

(2) Cuba commemorates the 90th anniversary of the Indochinese Communist Party

The keynote address was delivered by Olga Lidia Tapia Iglesias, Member of the Secretariat of the Central Committee of the Communist Party of Cuba. She discussed the figure of Ho Chi Minh, who founded the Vietnamese Communist Party on February 3, 1930, in Hong Kong.

Ho Chi Minh was born in 1890, the son of a Confucian scholar, and he was formed in the Vietnamese nationalist movement in opposition to French colonialism. Forced to flee his native land for his political activities, he became a leader in the Vietnamese nationalist movement in Paris. He also became a member of the French Socialist Party, and in the division between social democracy and communism, he sided with the latter, because of Lenin’s clear position in support of the national liberation struggles in the European colonies. He was present for the founding of the French Communist Party in 1920. He subsequently studied in the Soviet Union, and in 1925, he went to Southeast Asia as a representative of the Communist International. He was the leading force in the establishment of the Indochinese Communist Party in 1930 in Hong Kong. The Party grew enormously in influence from 1930 to 1945, as a result of its clear support of peasants, who comprised 90% of the population.

In 1941, the Indochinese Communist Party established the Vietminh Front (Viet Nam Doc Lap Dong Minh, or League for the Independence of Vietnam). The Vietminh sought to unite various political currents and religions in a common struggle to end Japanese occupation and French colonialism and to establish an independent nation of Vietnam. The Vietminh adopted a strategy of guerilla warfare in opposition to the Japanese occupation, and it organized mass demonstrations, acts of sabotage, boycotts, and the looting of crops destined for exportation to Japan.

In the aftermath of the Japanese surrender, Ho persuaded the Indochinese Communist Party and the Viet Minh to call upon the people to seize power. From August 16 to August 25, 1945, in cities, towns, and villages throughout the country, local committees were established that functioned as provisional local governments, taking power from the Japanese occupation army, which in most cases did not offer resistance. The local committees took power with the support of popular armed militias and in the name of the Vietminh Front. On September 2, 1945, before a crowd of one-half million people, continually shouting “independence,” in Ba Dinh square in Hanoi, Ho Chi Minh read the Declaration of Independence of the Democratic Republic of Vietnam.

The newly independent nation, after long and hard struggles, was victorious in the subsequent French war of reconquest, attaining victory in 1954; and the U.S. imperialist war, attaining final victory in 1975. Ho Chi Minh, the humble and modest son of a Confucian scholar who conquered three empires and who was known by his people as Uncle Ho, died in 1968.

During the 1950s, 1960s, and 1970s, Vietnam was dedicated to the war for independence and for national reunification, first against French colonialism and then against U.S. imperialism; and to reconstruction from the damages caused by the war with the United States. Beginning in 1986, the nation turned to a process of renewal, known as Doi Moi, promoted and headed by the Party. Under the renewal, the Gross Domestic Product has increased at an average annual rate of more than 5% per year; from 1993 to 2015, poverty was reduced from 58% to 7.5%.

There is a special relation of affinity between Vietnam and Cuba, as consequence of the fact that both have sustained long struggles of sacrifice for their sovereignty, standing against U.S. imperialism.