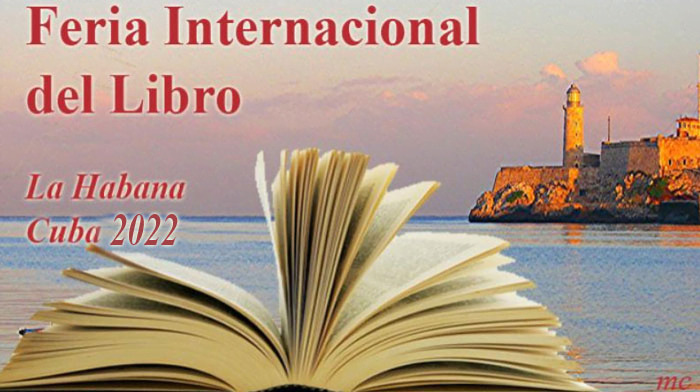 Cubans who love literature are looking forward to the coming month of February with the return of the Havana International Book Fair, an event that summons countless people and that COVID-19 prevented from being held last year.

Cuban literature lovers are eagerly awaiting the return of the Havana International Book Fair, which was originally scheduled for next February but has been postponed to April, since the largest number of people visiting us on that occasion come from Latin America, which is facing a difficult situation due to the COVID 19.

The measure has been adopted to protect everyone, although the vaccination campaign developed in the country, with its own immunos, and the booster dose applied make it possible for the publishing event, one of the most important in Latin America and the Caribbean, to return to the emblematic Fortress of San Carlos de la Cabaña.

For the second time since the first edition was held in 1982, the Guest of Honor will be Mexico, which has expressed its pleasure and enthusiastically welcomed its designation, a tradition that began in 1998 precisely with the neighboring state.

The Mexican Secretary of Culture, Alejandra Frausto Guerrero, thanked the possibility of participating as guest of honor and assured the confirmation of a strong, significant and worthy delegation, because, she stressed, we are sister nations with an affection forged from cultural ties and solidarity.

A week ago, the ship "Huasteco" arrived at the port of Havana, loaded with thousands of books for the Fair and donations from Mexican institutions for neighborhoods, universities and research centers, in a new demonstration of the strong ties between the two states.

The "Huasteco", of the Mexican Navy, will return on a second occasion, when it will transport the personnel of the Ministry of Culture who will attend the literary meeting, which will also be another encounter between two friendly peoples.

Cuba's Minister of Culture, Alpidio Alonso, stressed that Mexico has an immense literary tradition, in addition to the broad exchange and relations between the two countries for several centuries.

The Fair in its thirtieth edition will be back with a vengeance. In spite of the limitations imposed by the U.S. blockade and the considerable resources allocated to COVID 19, the authorities have made an effort to offer the Cuban family a quality event that will feature more than 900 literary novelties.

Under the slogan "Reading is growing up", the Havana International Book Fair returns to the delight of the Cuban family, especially children and young people, a space for participation and exchange for all entities and professionals linked to the world of publications.