A step in the right direction, but not enough 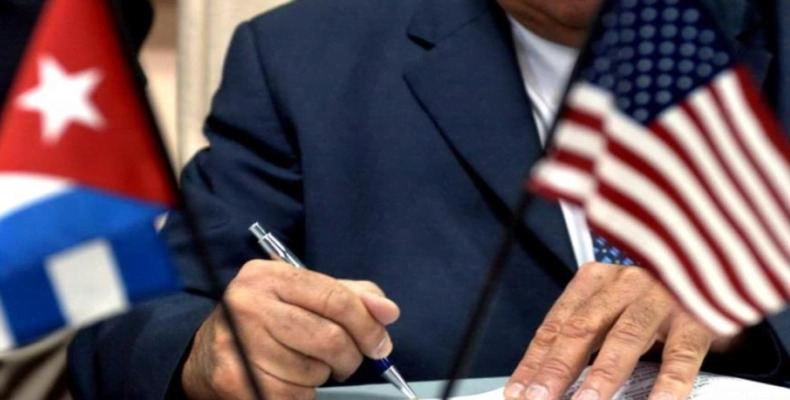 The U.S. State Department haa issued a statement announcing the relaxation of some of the measures that tighten the blockade against Cuba, which were dictated during the administration of former President Donald Trump with the aim of suffocating the Caribbean nation.

The U.S. State Department haa issued a statement announcing the relaxation of some of the measures that tighten the blockade against Cuba, which were dictated during the administration of former President Donald Trump with the aim of suffocating the Caribbean nation.

As is known, the White House took advantage since 2019 of the disturbances caused by the covid-19 pandemic, the international crisis and the global economic depression to further close the siege against the Antillean archipelago, which had serious consequences on the lives of the population.

Cuba, accompanied by almost the entire international community, denounced this policy before the United Nations, without these just demands finding a receptive ear in Washington.

Now the Biden administration announced changes in the delivery of visas, facilitating family visits, approving flights to the provinces, which today are limited to Havana, expanding the amount of remittances and allowing U.S. citizens, previously authorized, to travel to the island.

The Cuban Ministry of Foreign Affairs, MINREX, affirmed that this is a limited step in the right direction, but that it does not change at all the essence of the economic, commercial and financial blockade.

The document says that in the State Department communiqué it is possible to identify some of the offers made by President Joseph Biden during the 2020 election campaign.

These promised, says MINREX, "to alleviate inhumane decisions taken by the government of President Trump, which tightened the blockade to unprecedented levels and the policy of "maximum pressure" since then applied against our country".

However, the recent announcement released from Washington does not reverse the main measures adopted by the previous U.S. administration, nor do they have a real impact on the lives of the population.

It remains intact "the arbitrary and fraudulent inclusion of Cuba in the State Department's list of countries that are allegedly sponsors of terrorism", one of the main obstacles for the nation's commercial and financial transactions with the rest of the world.

Neither the objectives of the U.S. policy against Cuba nor its main tools have changed, the Ministry of Foreign Affairs assured in Havana.

Relations between the two countries will only be normal when the blockade disappears and the northern power recognizes the right of this people to choose, with total freedom and sovereignty, its political, social and economic system.