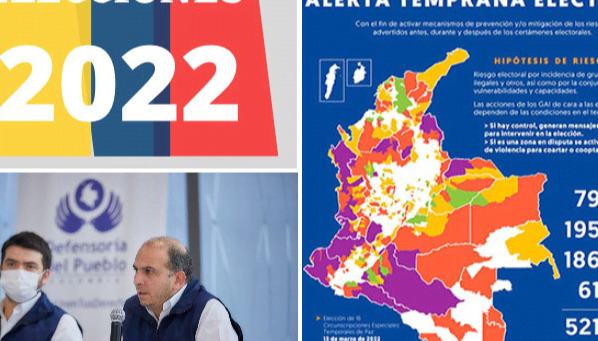 Tomorrow, Sunday, the closing ceremonies of the presidential candidates' campaigns will take place in Colombia, just a week before the most tense voting in memory in more than half a century

Tomorrow, Sunday, the closing ceremonies of the presidential candidates' campaigns will take place in Colombia, just a week before the most tense voting in memory in more than half a century, and which could be the beginning of structural transformations in that nation.

As I have said before, this is the first occasion in which a leftist candidate could reach the government since the assassination of Jorge Eliécer Gaitán, which occurred on April 9, 1948 and was masterfully described by Gabriel García Márquez in his book "Vivir para contarla" (Living to tell the tale).

In fact, as it happened in that year that remained engraved in the memory of many Colombians, the ghost of violence has been flying over the electoral campaign, whipped up by the conservative and neoliberal right wing and the clandestine groups that thrive in political power.

These forces are trying at all costs to prevent the former guerrilla and former mayor of Bogota, Gustavo Petro, standard bearer of the Historical Pact coalition, from winning the elections, as predicted by polls of voting intentions in recent months.

The most recent poll gives Petro a 44 percent chance, over the 22 percent of his main rival, Federico Gutiérrez, of Equipo por Colombia.

The solid advantage feeds the hopes and illusions of many that the Historical Pact will win in the first round on May 29, a remote aspiration, but not discardable for the moment.

The danger is that in the run-off, scheduled for June 19 if necessary, the right wing would join forces to avoid a transcendental change in the political landscape.

In fact, the dirty war against Petro has been a constant in the race and recently he had to suspend a campaign tour in the so-called "coffee belt", due to death threats against him.

It was also reported that several businessmen pressured their workers not to vote for the Historical Pact. The most crude case was that of Sergio Araújo Castro, one of the founders of the right-wing Democratic Center of Álvaro Uribe.

This gentleman said in social networks that he will simply fire all his employees who vote for Gustavo Petro, which was qualified as a crime by the Electoral Observation Mission.

In the coming week the tension is expected to rise in intensity in Colombia, where many eyes will be focused, some with optimism and hope and others with somber despair.