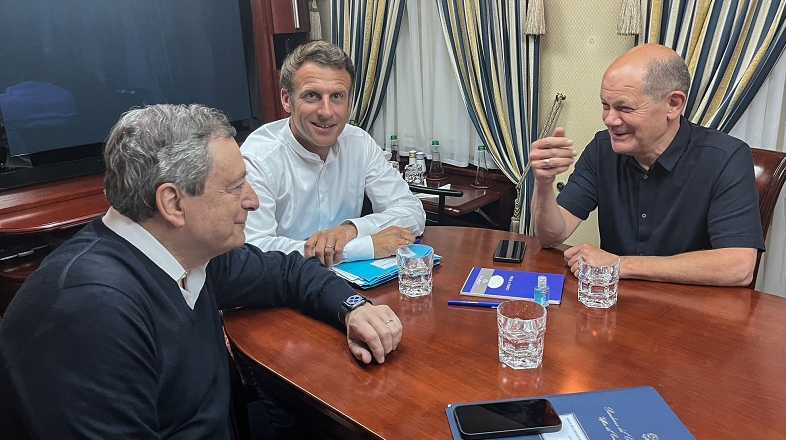 Western powers are repeatedly demonstrating their willingness to maintain and deepen the armed conflict in Eastern Europe, where they are sending substantial financial and military resources with the aim of wearing down and diminishing Russia and eliminating its role in the international order.

Western powers are repeatedly demonstrating their willingness to maintain and deepen the armed conflict in Eastern Europe, where they are sending substantial financial and military resources with the aim of wearing down and diminishing Russia and eliminating its role in the international order.

For the European Union and Washington it is clear that it was never about defending the people of Ukraine, where the democracy they claim to defend so much was blown to pieces in 2014 from Maidan Square, the epicenter of a coup d'état that was organized from outside to have docile governments.

When the violent bombardments against the self-proclaimed independent republics of Donetsk and Lugansk began, everyone kept prudent silence, despite the fact that in the following 5 years at least 14 thousand people died, victims of the brutality of the Ukrainian army.

The mainstream press rather applauded what was called "Ukrainian revolution", in reality a Western plot, and ignored all the evidence that neo-Nazi forces, such as the "Azov battalion" began to install themselves in power.

All Russian denunciations were ignored, as well as their claims for security in the face of NATO expansion towards their borders.

The goal was always to provoke war and that became very clear during the recent visit of the heads of government of France, Emmanuel Macron; Germany, Olaf Scholts; and Italy, Mario Draghi, who came to Kiev to comfort Volodimyr Zelensky and promise him more support.

All three were emphatic in the incorporation of Ukraine to NATO, the cornerstone of the conflict, as well as to send all the necessary war material for the confrontation to continue and increase, regardless of the number of victims it is causing.

It is no coincidence that almost at the same time the head of the White House, Joseph Biden, announced the authorization of a new billion dollars in military equipment, including sophisticated missile systems and howitzers for a war that was never just between two countries.

According to media reports, the U.S. also plans to send precision-guided rockets for the four Himars systems promised to Ukraine in early June, which should arrive on the battlefield by the end of the month.

Meanwhile, the Western press is saturated with reports of alleged atrocities committed by the Russian military, for which they present no evidence other than statements of dubious veracity by Ukrainian officials.

World War III is turning the corner, but much of the world is amused by applauding what may be its end.