Statement by Cuba on the withdrawal of medical personnel from Brazil 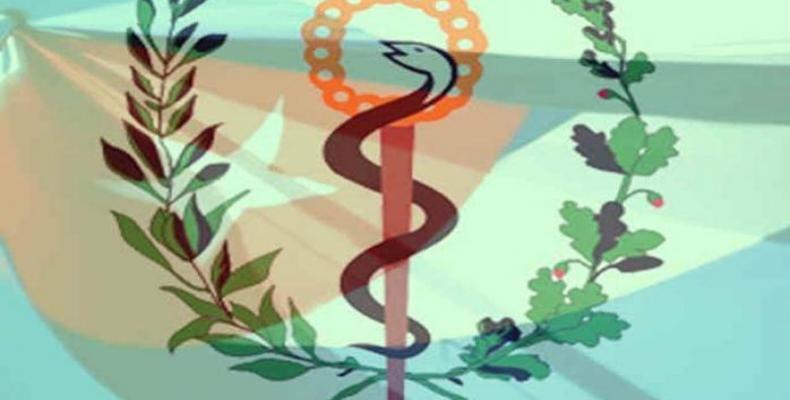 The Ministry of Public Health of the Republic of Cuba, committed to the solidarity and humanistic principles that have guided Cuba’s medical cooperation for the last 55 years, has been participating in the Program 'More Doctors for Brazil' since its inception in August 2013.  This initiative launched by Dilma Rousseff, who was at that moment the president of the Federal Republic of Brazil, pursued the purpose of guaranteeing medical assistance to the majority of the Brazilian people, following the principle of universal health coverage promoted by the World Health Organization.

The program had planned the inclusion of Brazilian and foreign doctors who would go to work in poor and remote areas across that country.

Cuba’s participation in this program was arranged through the Pan-American Health Organization with one distinctive feature, for it was intended to fill the shortages left by doctors from Brazil and other foreign nations.

During these five years of work, around 20 000 Cuban cooperation workers have assisted 113 359 000 patients in more than 3 600 municipalities.  They managed to provide health coverage to a universe of up to 60 million Brazilians at the moment when Cuban doctors accounted for 80 per cent of all the health professionals taking part in the program. More than 700 Brazilian municipalities were able to count on a doctor for the very first time.

The work of Cuban doctors in areas of extreme poverty, such as the favelas in Rio de Janeiro, Sao Paulo, Salvador de Bahia and in the 34 Special Indigenous Districts, particularly in Amazonia, was largely recognized by the federal, state and municipal governments of that country and its population, 95 per cent of whom expressed satisfaction with the Cuban doctors' work, according to a survey conducted by the Federal University of Minas Gerais at the request of the Ministry of Health of Brazil.

On September 27, 2016, the Ministry of Public Health, in an official statement issued on a day close to the expiration date of the agreement and amidst the events associated with the legislative and judicial coup d’ etat against president Dilma Rousseff, announced that Cuba “would continue to honor its agreement with the Pan-American Health Organization for the implementation of the Program 'More Doctors for Brazil', provided that the guarantees offered by local authorities were maintained”, something that has been so far respected.

Jair Bolsonaro, president elect of Brazil, who has made direct, contemptuous and threatening comments against the presence of our doctors, has declared and reiterated that he will modify the terms and conditions of the Program, in full disregard of the Pan-American Health Organization and the agreement reached by this organization with Cuba, since he has questioned the qualification of Cuban doctors and has conditioned their permanence in the program to a process of validation of their degree and established that contracts will only be signed on an individual basis.

Consequently, in light of this unfortunate reality, the Ministry of Public Health of Cuba has decided to discontinue its participation in the Program 'More Doctors for Brazil' and has informed so to the Director of the Pan-American Health Organization and the political leaders of Brazil, who founded and defended this initiative.

The decision to bring into question the dignity, professionalism and altruism of Cuban cooperation workers who, with the support of their families are currently offering their services in 67 countries, is unacceptable.

Over the past 55 years, a total of 600 000 internationalist missions have been accomplished in 164 nations, with the participation of 400 000 health workers who, in quite a few cases, have fulfilled this honorable mission more than once. Their feats in the struggle against the Ebola virus in Africa, blindness in Latin America and the Caribbean and cholera in Haiti, as well as the participation of 26 brigades of Cuba's “Henry Reeve” International Contingent of Doctors Specialized in Disaster Situations and Epidemics in Pakistan, Indonesia, Mexico, Ecuador, Peru, Chile and Venezuela, among other countries, are worthy of praise.

In the overwhelming majority of the missions that have been accomplished, all expenses have been covered by the Cuban government.

Likewise, 35 613 health professionals from 138 countries have been trained in Cuba at absolutely no cost, as an expression of our solidarity and internationalist vocation.

All Cuban cooperation workers have preserved their posts and their full salary in Cuba, together with all due labor and social benefits, just as the rest of the workers of the National Health System.

The experience of the Program 'More Doctors for Brazil' and Cuba’s participation in it show that it is indeed possible to design and implement a South-South Cooperation Program under the auspices of the Pan-American Health Organization in order to promote attainment of the organization's goals for our region.

The United Nations Development Program and the World Health Organization have described the Program 'More Doctors for Brazil' as the main example of good practices in triangular cooperation and the implementation of the 2030 Agenda and its Sustainable Development Goals.

The peoples from Our America and from all over the world know that they will always be able to count on the solidarity and humanistic vocation of our professionals.

The Brazilian people, who made the 'More Doctors for Brazil' Program a social conquest, who trusted the Cuban medical personnel from the first moment, appreciate its virtues and the respect, sensitivity and professionalism with which the Program was carried out, will be able to understand who are to be held responsible for our doctors’ not being able to continue offering their fraternal contribution in that country.”