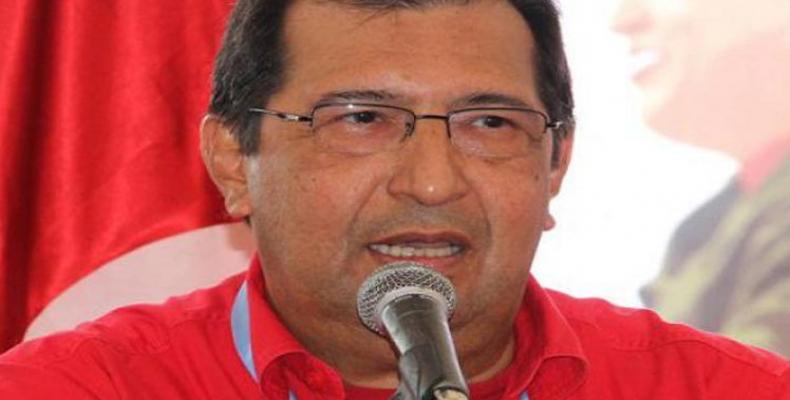 The second program of RHC´s Cuba Online weekly show dedicated to the late ex-President of Venezuela Hugo Chavez entitled Remembering the Friend or Recordando al amigo, included the regular presence of Adán Chavez, the Venezuelan Ambassador to Cuba, brother of Hugo Chavez and, as guest, Pedro Calzadilla, the Coordinator General of the Network of Intellectuals, Artists and Social Movements for the Defense of Humanity.

During the program, both  Adán Chavez and Pedro Calzadilla shared memories of Hugo Chavez. Calzadilla went on to stress the importance of unity in the Americas in the face of imperialism and in the defence of what has been achieved over the years by the peoples of Latin America. ``It was not an easy task that  Hugo Chavez urged when he addressed our country of Venezuela, that day of December the 8th. 2012: Unity. Unity, that was what it was all about. Unity, struggle, battle and victory, but he began with Unity. Chavez knew at first-hand the experiences of the Latin American revolutionary movements, many of which failed due to the lack of unity among the revolutionaries. Chavez knew Venezuelan history well. The first big Revolution, the Independence Revolution in Venezuela failed precisely due to the divisions among the insurrectionary forces.

Venezuelan Ambassador Adán Chavez made reference to the current situation in Venezuela and said that the imperialist attempts to destabilize Venezuela are doomed to fail, because, as he said, in Venezuela ``Today we have Homeland.´´ Hepointed to the historical figure of Simón Bolívar, and the influence of Bolívar´s ideas in the attitude towards Cuba and Latin America of the Cuban National Hero José Martí; how Fidel Castro said that José Martí was the intellectual author of the Cuban Revolution, and how Hugo Chavez, inspired by Fidel, Martí and Bolívar, transformed Venezuela. Pedro Calzadilla also described how Hugo Chavez introduced him to the historic figure of Bolivar, a personality that for Calzadilla, as he recognizes, was relatively unknown.