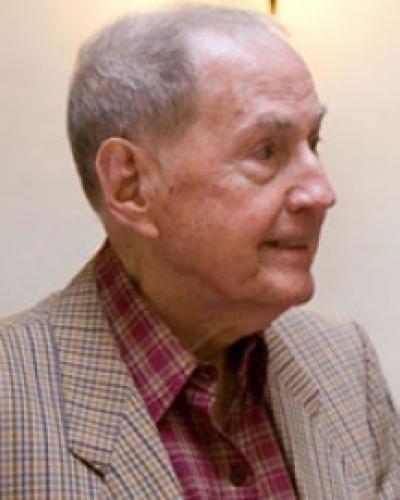 Havana, December 27th (RHC)-- One of the most outstanding figures in the world of ballet, Fernando Alonso, would have been celebrating his 104th birthday this week, more precisely on December 27th.

Alonso, who passed away in 2013, earned prestige worldwide as one of the world’s best ballet professors and as the principal creator of the internationally known and praised Cuban ballet school.

Alonso was the mentor of and trained Cuban prima ballerina assoluta and Director of the Cuban National Ballet Company, Alicia Alonso, to whom he was married for a number of years and with whom he had a daughter, ballet mistress and Director of the Havana based Pro-Dance Center, Laura Alonso.

Born in Havana on December 27th, 1914, Fernando Alonso began in the world of dance in 1936 as a student at the Ballet School of Havana’s Pro-Arte Musical Society and continued his technical and artistic training in the United States as of 1937 under the guidance of prominent professors, such as Italy’s Enrico Zanfretta and Rusia’s Alexandra Fedorova, Anatole Vilzak, Fierre Vladimirov and Leon Fokin.

In 1938 he joined the Mordkin Ballet and was part of various Broadway musicals. A year later he joined the Ballet Caravan or antecedent of the New York City Ballet and in 1940 he became a member of the recently founded Ballet Theater based in the same city. He was a soloist and stayed at the Ballet Theater until 1948, when, along with his wife Alicia and brother Alberto Alonso, he got involved in the historic event of setting up the Cuban National Ballet Company, whose general direction he assumed for 27 years. In 1950, he limited his career as a dancer and basically devoted himself to directing the Company and the Alicia Alonso Ballet Academy, founded the same year. At that time Fernando began what is considered his most outstanding work: dance professor or pedagogue.

At the academy which was aimed at training the first generations of professional Cuban ballet dancers, he and Alicia conducted a serious research aimed at creating a unique teaching method that, with the passage of time, has lead to what is known today as the internationally recognized and praised Cuban ballet school.

In the period between 1948 and 1956, Fernando Alonso knew how to face the apathy and misunderstandings of the Cuban governments which denied the most basic support for cultural efforts such as the Cuban ballet. In a prophetic and brave paper sent to the Continental Culture Congress held in Santiago de Chile in 1953, read by Cuban National Poet Nicolás Guillén, he said: “Ballet has begun taking roots in the people, getting the autonomous essence of different nationalities, acquiring new colors, invigorating itself with new currents and helping average man and man in the grass-roots in his artistic and intellectual improvement. Ballet will never again be an art form for kings and the powerful but a popular art for the people, such as new times demand. We have to work toward that end.”

The advent of the 1959 Cuban Revolution gave maestro Alonso endless possibilities of professional realization as the general director of the Cuban National Ballet Company from 1959 to 1975, of the National Ballet School from 1962 to 1967 and of the Camagüey Ballet from 1975 to 1992, institutions to which he devoted himself with sustained and valuable creative work.

As of 1992 he got involved in an extensive period of cooperation with the international ballet movement, including his job as Director of Mexico’s National Dance Company from 1992 to 1994 and of the Monterrey Ballet as of 1995. He later became the Academic Advisor in Classical Dance and Director of the Classical Dance Workshop at the Nuevo León Autonomous University’s Performing Arts School.

Fernando Alonso was granted the Cuban National Dance Award for the work of his entire life dedicated to dance and to ballet in particular; the Félix Varela Order by the Cuban Council of State; UNESCO’s Arts Prize; the Arts Award by the Nuevo León Autonomous University in Mexico and gotten Honorary Doctor’s Degrees by the Cuban Higher Institute for the Arts and the Nuevo León Autonomous University, among other decorations.

Fernando Alonso is an inspiration for current Cuban ballet dancers who have followed his teachings with a method which combined the best features of the European and US schools adapted to the characteristics of Cuba as a nation and the spirit of Cubans as human beings.