With Fidel Castro at the Turquino Peak 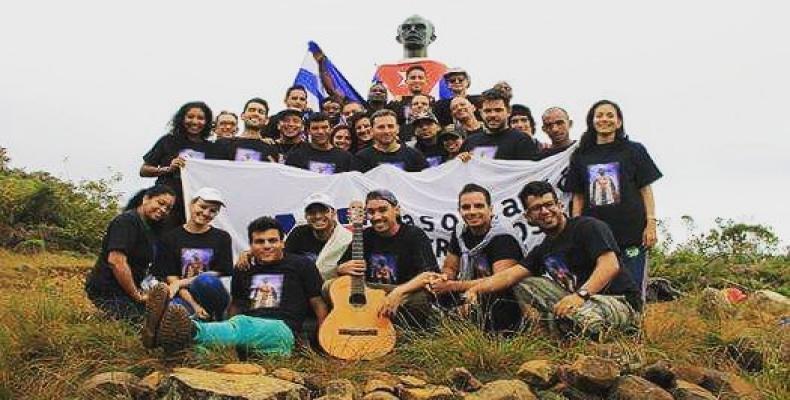 Bayamo, August 11 (RHC) – Thirty five members of the Hermanos Saíz Young Artists Association will climb Cuba’s highest mountain –the Turquino Peak- to pay tribute to the historical leader of the Cuban Revolution Fidel Castro on his 93rd birthday. The mountain, rising up to 1 974 meters above sea level, the young artists,  performers and intellectuals will also recall Sergio and Luiz Saíz Montes de Oca, murdered in San Juan y Martínez in Pinar del Río by the Batista dictatorship on August 13, 1957.

«At the foot of the bust of National Hero José Martí, on the country’s highest summit, the new generations of artists and intellectuals will sing to the dreams and essences of Cuba», said association’s Vice-President Yasel Toledo. The young intellectual’s itinerary includes stopovers at La Demajagua in Manzanillo municipality on August 11th and in the mountains of Santo Domingo in the municipality of Bartolomé Masó in eastern Granma province. A day after they’ll begin the climb, winding up the following day with a special rally to pay homage to Fidel Castro.