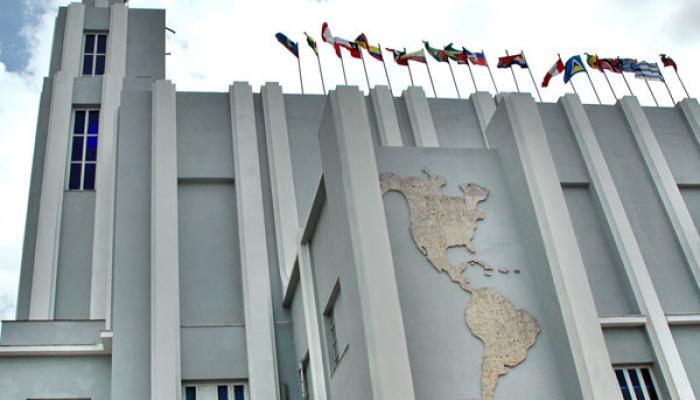 An exhibition titled Posters on the Stage is currently on display at the Casa de las Américas headquarters, as part of celebrations marking the anniversary of the Havana based cultural institution.

Posters on the Stage takes a look at drama and theater in graphic arts, including an important graphic selection of the Haydée Santamaría Art of Our America Collection, made up of 82 Latin American posters from the 1960’s up to present times

The exhibition is also celebrating the theater festival sponsored by Casa titled Mayo Teatral. The posters also refer to the theater ensembles invited to the event, including Malayerba, Ollantay and Matacandelas from abroad, and Cuba’s Teatro Estudio, El Público, Escambray and Rita Montaner.

Other work lines shown by the pieces refer to theater staging, festivals, children in theater and others. This graphic fiesta is inspired by painting, collage, photography, and uses other languages like pop, minimalism and new trends in figurative expressionism. Posters on the Stage will be open for a year until April, 2015.