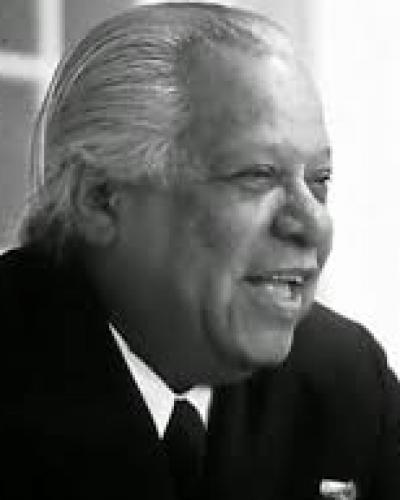 Hernández, who serves as president of the Nicolás Guillén Foundation, stressed that his grandpa was a freedom and social justice activist, which is amply reflected in his work. ‘He never stopped denouncing the ills of pre-revolutionary Cuba, marked by corrupt politicians and public policies that did not seek people’s wellbeing. That is why, he fully embraced the 1959 Revolution,’ he told a panel discussion on the life and work of the National Literature Prize laureate.

Wednesday’s event was as part of activities being developed on social networks throughout 2021, by the Nicolás Guillén Foundation, in coordination with the Ministry of Culture and the National Association of Writers and Artists (UNEAC) aimed at highlighting the legacy of Guillen on his 119th birthday anniversary -marked on July 10th past.

The program includes also book launchings, exhibitions and audiovisual presentations, as well as activities on the 70th anniversary of the text 'Elegía a Jesús Menéndez’ by Nicolás Guillen, coinciding with the 110th birthday anniversary this year of the labor leader and others marking 90 years of one of Guillen’s most iconic works Sóngoro Cosongo.

Nicolas Guillen melded the dialect and speech patterns of Cuban blacks with African folklore and rhythms into a movement called poesia negra (black poetry), making him one of Latin America’s best-known writers.

He was as much a political activist as a poet. In 1937, he travelled to Spain as a delegate to the Second International Congress of Writers in Defense of Culture. In an address before the congress he condemned fascism and reaffirmed his Black roots. After the 1959 Revolution, Nicolás Guillen was tasked with founding the Association of Writers and Artists (UNEAC), of which he became the founding president in 1961.

Nicolás Guillen died in Havana in 1989 at the age of 87. His works have been translated into more than 25 languages.

The Nicolas Guillen Foundation was established in 1991 to contribute to the preservation, study and promotion of his vast literary, cultural and also revolutionary legacy.