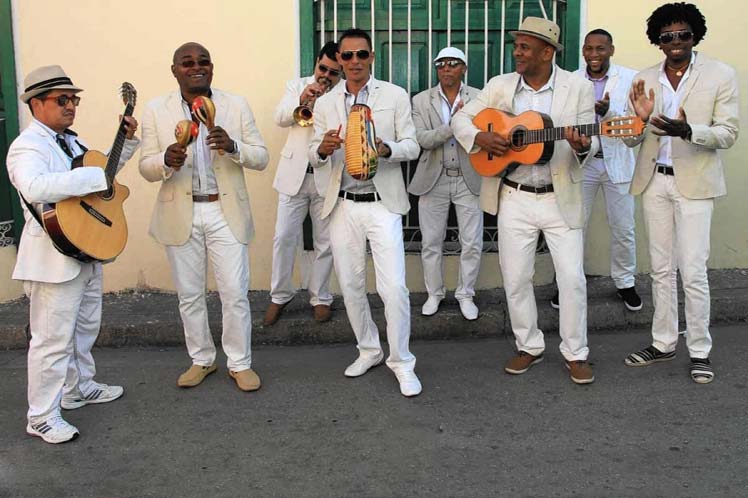 Guanajuato, Oct. 19 (RHC)-- Cuba’s Septeto Santiaguero delighted their Mexican audience with a concert in the framework of the 49th Cervantino Festival, during which the two-time Grammy award-winning band performed traditional Cuban tunes from their vast repertoire.

The band led by musician Fernando Dewar paid tribute to Cuban maestro Adalberto Álvarez, who died on September 1st past due to complications associated with Covid-19.

Besides the concerts and other cultural presentations, the Cuban artistic delegation participating in the 49th Cervantino Festival, led by Culture Minister Alpidio Alonso, have held fruitful talks with Mexican cultural authorities toward strengthening bilateral ties. The two sides agreed to forge new alliances between the organizers of the Timbalaye and Rumba Festivals in Cuba and the Carnival in Veracruz.