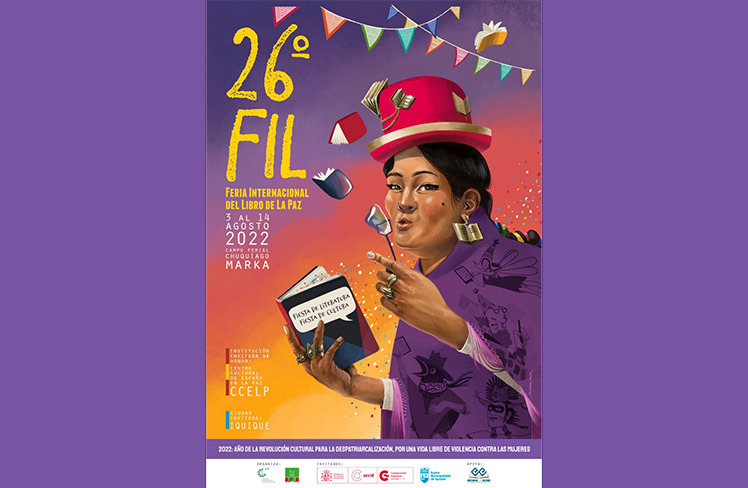 The International Book Fair of La Paz prepares an agenda allusive to the contribution of women.     Photo: Prensa Latina

La Paz, July 27 (RHC)-- The International Book Fair of La Paz is preparing an agenda allusive to the contribution of women with exhibition halls named after outstanding women and institutions in the world of literature.

The event, traditionally held in August, will have four stages for the presentation of volumes, readings, debates, discussions and exchange with authors and will value the social role and relevance of those texts with a feminist approach.

According to the Departmental Book Chamber in this capital, the purpose of room one is to disseminate the work and legacy of Domitila Barrios, leader of the South American nation and known for her peaceful struggle against the dictatorships of Rene Barrientos and Hugo Banzer.

In addition to the tribute to this activist for the rights of miners and women, the literary meeting recalls the Feminiflor magazine, published between 1921 and 1923 and created and directed by the Círculo Intelectual de Señoritas de Oruro.

To room three corresponds the name of Emma Villazón, researcher and poet, considered among the most outstanding of the 21st century, co-editor of the Chilean-Bolivian magazine Mar con soroiche and some of her works saw the light after her death in 2015.

Finally, the fourth space will be named Ateneo Femenino (Women's Athenaeum), in recognition of the group of women belonging to the upper-middle class who promoted proposals that challenged conservative doctrines and expressed their commitment through art.

This 26th edition, scheduled from August 3 to 14 at the Chuquiago Marka Field, announces as guest cities Iquique, Chile, and the Cultural Center of Spain in La Paz.