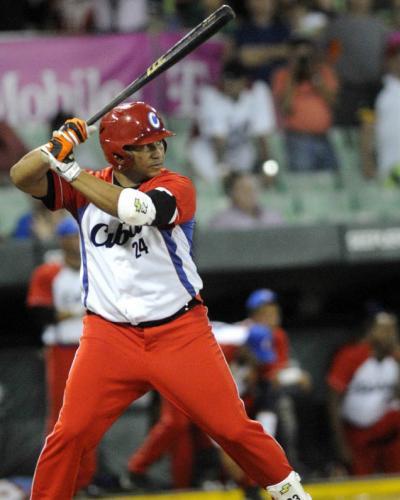 Havana, May 21 (RHC)-- Cuba announced on Friday the selection of 26 players for the Florida Pre-Olympic Baseball Tournament, ten days before the start of the tournament, which will give a direct ticket to Tokyo-2020.

On the list released by the National Commission in a meeting with the press at the Latinoamerocano Stadium in Havana, where the group complements the preparation, there are 3 catchers, 7 infielders, 6 outfielders and 10 pitchers.

The team met on Thursday with President Miguel Díaz-Canel, who said that a preparation like the one the Cuban team has had always helps to unite forces.   For his part, manager Armando Ferrer said that he sees the team "very well focused" and in good physical, technical and tactical shape.

He acknowledged that "there is concern" because the visas to travel to the United States have not yet been delivered, but said that despite this obstacle the team remains "very well focused."

"We have a double commitment, with our two recently deceased directors (Higinio Velez, president of the Federation, and Ernesto Reinoso, commissioner), and with the people of Cuba who are waiting for a result," he remarked.

"We are going to a very difficult scenario (Florida).  It is very difficult to qualify, but not impossible. We are preparing with a lot of hard work, enthusiasm and dedication to play a great role," he added.

For his part, team captain Cepeda, the only Olympic champion in Athens-2004 and runner-up in the I World Classic I (2006), considered that it will be one of the "strongest" events in which he has participated in his long life as an athlete.

"In America they play very good baseball and everyone is looking for the Olympic qualification for their country. It will be even stronger than Tokyo," he opined.

"We athletes are focused on training, we know that the people who take care of the other things (managing visas) have been doing their job for several months. We have the uncertainty if it will go or not, but we are confident that we are going to have that right," he said.

"We have been training for a month, there is a normal atmosphere in the team. Personally I have prepared well and we are a team," he concluded.

Cuba's official action will begin on Monday, May 31 against Venezuela in the city of West Palm Beach, where it will play again on June 2 against Colombia, after facing Canada the day before in the city of Port St. Lucie.

The Pre-Olympic in the state of Florida will grant the winner the only ticket in dispute to the event under the five rings in the Japanese capital, where the hosts are already waiting, along with Mexico, South Korea and Israel.

Meanwhile, second and third place will have a new opportunity in the Final Qualifier in Mexico, to be played a week later, with the presence of Taiwan, Australia, Netherlands and China.