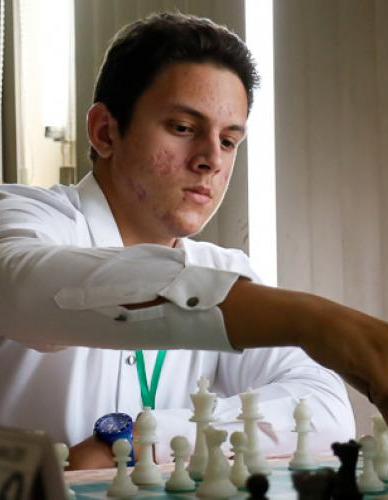 Havana, September 10 (RHC/JIT)-- Beating Peru became the highlight of the Cuban team competing in the Online Chess Olympiad, a competition that is going through its elite division and is leaving interesting results in its four groups.

The day began for the Caribbean team with a 4-2 success against the South Americans, which left a very good taste, although later they could not keep up the pace with a 3-3 draw against Colombia and a 1-5 defeat at the hands of the strong Polish team.

"Peru was a very demanding opponent, they came undefeated from the first day and above all we saw a very good game on the first board with Carlos Daniel Albornoz beating Jorge Cori", highlighted in conversation with JIT the coach-captain, Rodney Perez.

Oleiny Linares and Roxangel Obregón contributed the other victories in this duel, while Lelys Martínez and José Avelino Álvarez resolved their games with a draw. The only loss came from Yaniela Forgás.

A little later, the Colombians became complicated again -something similar happened in the previous stage- and the best of that match was played by Arnaldo Fernandez and Yerisbel Miranda.

The challenge against Poland was expected to be very complicated, since it was the only team with two players with more than 2,700 Elo, and what was expressed in the scoreboard was not surprising.

"The biggest dissatisfaction is that Albornoz won his game against Jan-Krzysztof Duda (2,775 Elo) and although it did not mean winning the match, the balance would have been different", commented Rodney.

Cuba now has six points out of a possible 12 and is in fourth place in group D, but far from the options of advancing to the medal discussion.

For that purpose it is necessary to finish in one of the first two places in one of the sections of this Top Division, something that at least for now seems almost certain for the United States, with a perfect performance of six successes (12 points).

The other place would be defined between Poland (11 points) and Canada (10), and will depend a lot on what happens in the three rounds this Friday, in which Cuba will play against the United States, Canada and Brazil.