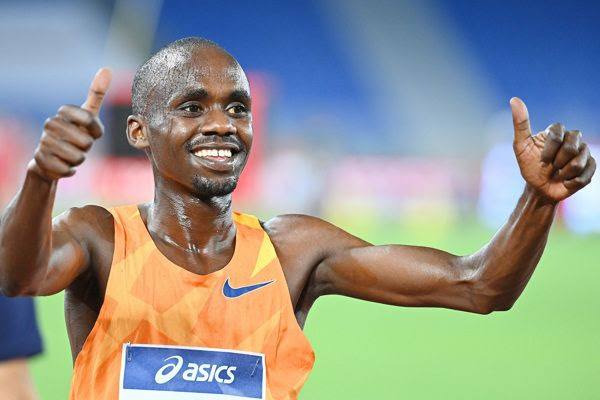 Havana, November 22 (RHC)-- On a Sunday in which Cuba returned to on-site races with the 35th edition of the Marabana, the world record set by Ugandan Jacop Kiplimo in the half marathon distance made headlines in Lisbon.

In the Portuguese capital, the 21-kilometer world champion entered the finish line with a time of 57:31 minutes, to lower by one second the record held by Kenyan Kibiwott Kandie since the Valencia Marathon, run in December 2020.

At 21 years old and with the Olympic bronze in the 10,000 meters in Tokyo 2020 in his coffers, Kiplimo ran without "hares" and went through kilometer 10 with a time of 27:05 minutes, in the expected range to break the record. He was also more than a minute ahead of the chasing pack.

According to the report published on the World Athletics website, at kilometer 15 the clocks were reading 40:27 minutes, a time never seen before at that distance and which predicted a finish under 57 minutes... However, the last stretch took its toll on Kiplimo.

He was not able to overcome that limit and meet the expectations, but anyway there was a world record and his name joins other long-distance runners who are turning this end of the season into a party of good times.

One of those examples is the Ethiopian Letesenbet Gidey, who is waiting for the ratification of her record of 1:02.52 hours in the 21 kilometers, also achieved in Valencia, but last October 24.

Kalkidan Gezahegne (10 km only mixed), from Brunei, and the Kenyan Agnes Jebet Tirop (10 km only women) are others who have entered the record books in recent weeks.