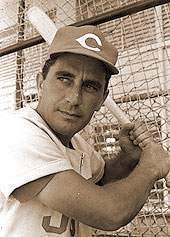 Havana, December 5 (RHC)-- The Cuban sports movement lamented the death of outstanding former athlete Urbano Gonzalez, who passed away to perpetuate his name among the most outstanding baseball players in his country.

Died the day before at the age of 82, suffering from several health conditions, Gonzalez stood out as second and third baseman of the mythical Industriales team that won four consecutive titles at the beginning of the National Baseball Series in Cuba.

After learning of the death, the president of the Cuban Sports Institute (Inder), Osvaldo Vento, expressed on the social network Twitter, the immense sadness suffered by the family of baseball and sports in general.

Sad news for Cuban sports. Urbano González, emblematic figure of our baseball, passed away. Condolences from Inder to family, friends and followers of this great, Vento wrote on the social network.

Known as the Guajiro of Catalina de Güines, the town where he was born on May 25, 1939, Gonzalez debuted as a baseball player at the age of 17 with the Catalina team in the National Amateur League, attached to the Amateur Athletic Union of Cuba.

He also participated in the well-known former Pedro Betancourt League, in Matanzas; the Quivicán League and its similar in La Salud, in the former Cuban province of Havana, until the beginning of the National Series, on January 14, 1962.

It was in the latter that he stood out the most and left his name engraved with golden letters, first with the Occidentales team and then with Industriales, being crowned champion with both teams.

During his time in baseball, the Guajiro de Catalina de Güines won several batting titles, but the feat that left the greatest admiration is the one that made him, at the time, the best player in Cuban baseball.

According to statistics of the Cuban Federation, Urbano struck out only 67 times in 2,864 at-bats, for an average of one strikeout per 47.3 visits to home plate and 0.08 per games played.

With his death on December 4, 2021, Cuban baseball says goodbye to one of the exponents who gave life to the National Series and were in charge of keeping alive the passion for baseball here, after the elimination of professionalism.