Cuba with 16 top athletes for the Ibero-American Athletics Championship 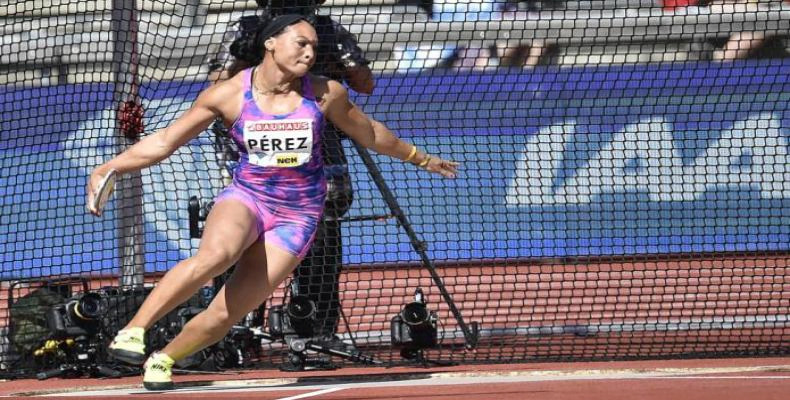 Cuba with 16 top athletes for the Ibero-American Athletics Championship

Havana, May 19 (RHC) - Cuba arrives at the Ibero-American Athletics Championship in Alicante with 16 representatives, including Olympic bronze medalists Yaime Perez and Maykel Massó, as well as world champions Lazaro Martinez and Roxana Gomez.

The group is completed with the athlete Eliani Casi, a 400m specialist based in Spain, who will make her debut with the national squad. Her coach Hector Barrasa was happy to have taken this step, for which they have been working hard in recent times.

The pre-registration of the official site reflected about 40 Cubans, but finally the planned group could not travel on time due to issues related to visa procedures.

The Commissioner explained that the requests were made in advance because the intention was to go with a large team, offering the possibility to young athletes who are part of the strategy for the development of the sport with a view to regional championships.

Deporcuba also learned that Rose Mary Almanza will not take part due to a decision of her technical team. The athlete herself confirmed that her physical condition is optimal and that she maintains a preparation focused on the World Championship in Eugene, under the guidance of her teacher Nelson Gutiérrez.

Jasmine Camacho-Quin, Orlando Ortega, Darlan Romani and Marileidy Paulino will be among the main attractions of the competition. Until 2022, the number of participants is around half a thousand, and the presence of King Felipe VI has been announced as a member of the honorary committee of the competition.

Brazil leads the historical medal count of the Ibero-American Athletics Championships with 194 gold medals, for a grand total of 551 medals. It is the great leader of the competition since the first edition held in Barcelona in 1983.