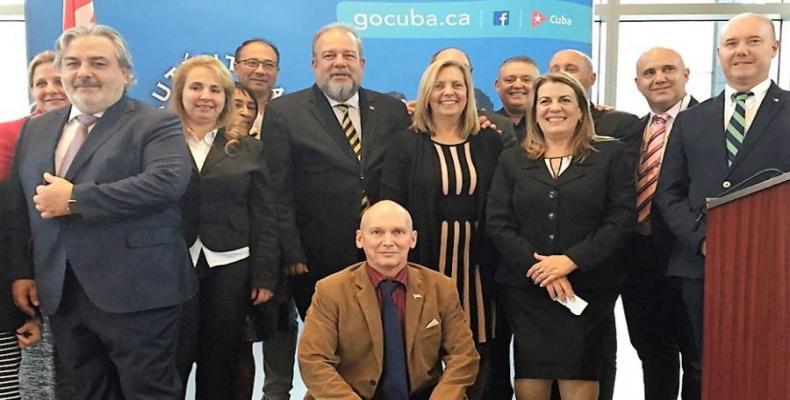 Havana, October 9 (RHC)-- Manuel Marrero Cruz, Cuban Minister of Tourism, made a working visit to Montreal and Toronto to promote the high tourist season of the Caribbean island.

Cuban Foreign Ministry website –Cubaminrex-- reports that Marrero had meetings with tour operators and airlines, such as WesJet, Transat, Air Canada and Sunwing, and in both cities made presentations to directors of these entities in events that also brought together dozens of travel agents and journalists from general and specialized media.

The ministers briefed participants on the current situation, perspectives and priorities of tourism development in Cuba and stressed that the island will continue to be a tourist destination of peace, health and safety for all visitors.

During the encounters, the Marrero Cruz was accompanied by Michel Bernal, Commercial Director of the Ministry of Tourism, Josefina Vidal, Cuban Ambassador to Canada, the consuls general in Montreal and Toronto, Mara Bilbao and Tania López; the tourism advisors in both cities and senior managers of Cuban hotel chains such as Gaviota, Cubanacán, Meliá, Iberostar and Blue Diamond.

Canada is the first market to emit tourists to Cuba and is expected, as in the last eight years, to exceed by the end of 2019  one million visitors. According to the National Statistics and Information Office, during the first half of this year 725,877 Canadian visitors came to Cuba.