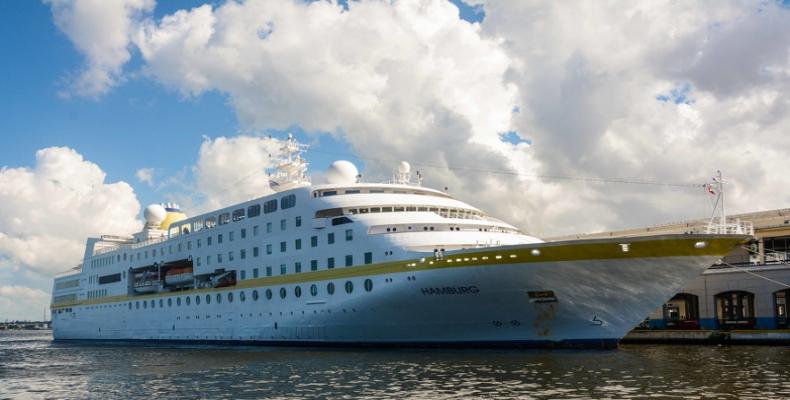 Havana, October 31 (RHC)-- The German cruise ship Hamburg arrived in Havana Wednesday with some 600 tourists on board, marking the beginning of the European cruise season in Cuba.

Another cruiser from Great Britain is expected soon with almost two thousand passengers.

The Swiss MSC Cruises Company also ratified its will to preserve and foster relations with Cuba, according to recent statements by its executive president, Pierfrancesco Vago.

That remark reflects the position of some companies in the sector not to give up Cuba as a destination, preferred by its customers.

Last June, the Trump Administration banned trips by private and corporate ships and airplanes, cruise ships, sailboats, fishing boats and other similar aircraft and vessels from U.S. territory to Cuba, preventing the vists to the island of half a million people.