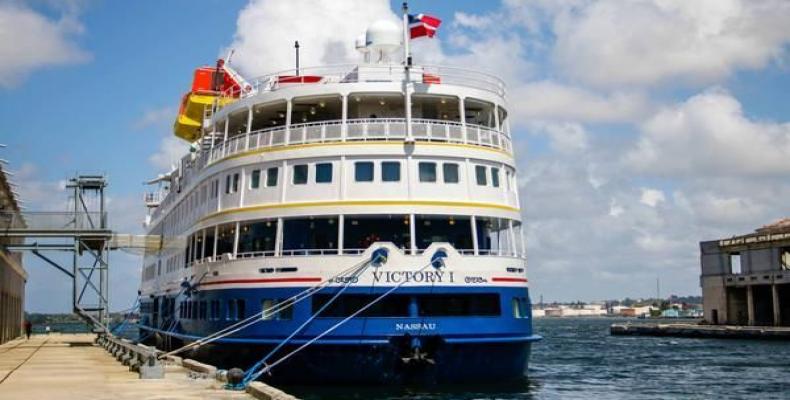 Havana, May 3 (RHC) -- A new cruise belonging to U.S. company Victory Cruise Lines docked in Havana on Wednesday in a bid to promote Cuba as one of its most important destinations.

The ship "Victory I" arrived in the Cuban capital with over 140 passengers on board after sailing first to Santiago de Cuba, Trinidad, Cienfuegos and other cities on the island.

At the inaugural ceremony, Victory Cruise Lines chairman, Bruce Nierenberg, said Cuba was the perfect destination for a small and elegant ship, with an itinerary designed for guests to really get to know the country, its people and culture.
He said that the 14-day trip is destined for guests interested in a solid understanding of Cuba history and culture, and most passengers are senior citizens.

Nierenberg said his company supports engagement between both governments and urged Washington to change its stance toward Cuba. "We are going to do everything we can to bring our peoples together," he noted.

The ship arrived in Havana exactly two years after the first U.S. cruise ship sailed to the Cuban capital in over half a century, marking at the time a milestone in the thawing of relations.