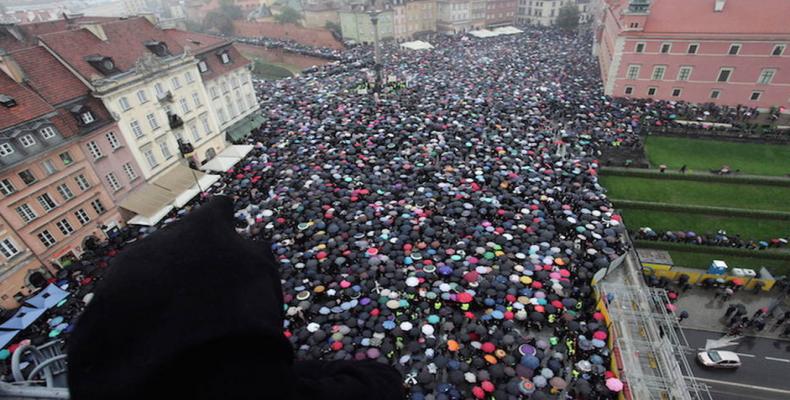 Warsaw, October 6 (RHC)-- In Poland, as many as six million women poured into the streets for a nationwide protest opposing proposals to completely ban abortions across Poland.

Already by law, Polish women are only allowed to access an abortion if the child is the result of rape or incest, or if their lives are in danger as a result of the pregnancy.  But the new proposed laws would make all abortions illegal and punishable by up to five years in prison for the mother.  Doctors could also be jailed for providing abortions.

The Catholic Church in Poland is supporting the proposed ban.