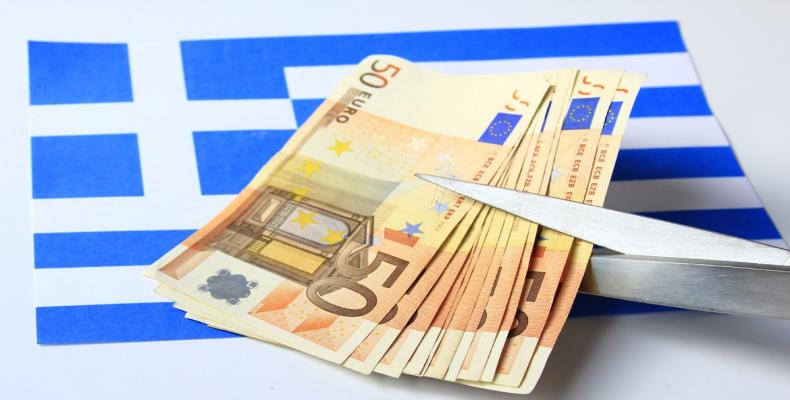 Athens, December 10 (RHC)-- The Greek government has warned that the country will not accept an extension to its painful austerity program beyond 2018 to secure a bailout from international creditors.  Government spokesman Dimitris Tzanakopoulos said that Athens was still committed to continuing its talks with creditors to secure its bailout, but it "refuses to accept measures concerning post-2018."

Eurozone lenders have agreed on “short-term” debt relief measures for Greece after they confirmed that the country had managed to complete the recent round of budgetary and economic reforms.  However, the Eurozone countries have raised fresh questions about Greece's reform efforts and Germany still insists that Athens should forge ahead with austerity reforms well beyond 2018 if it wants to secure further loans.

The EU lenders have also been at odds with the International Monetary Fund over the way Greece’s mammoth debt should be restructured.  Tzanakopoulos called on Germany and the IMF to “play a constructive role” by “ceasing to insist on extreme austerity, which is catastrophic from a social standpoint and inefficient economically.”

The Greek official also called on hard-line EU states such as Germany to scrap their demands for Athens to run a net surplus of 3.5 percent of the gross domestic product (GDP) after debt servicing, saying the figure should be reduced.

German officials have admitted that the target of 3.5 percent is very high and most countries do not even come close to the figure, but they say that Greece should accept post-2018 austerity measures and keep the pace for 10 years of running the surplus to resolve its problems once and for all.

Tzanakopoulos said the EU’s refusal to sign off on the second review of Greece’s bailout was more rooted in the EU’s disagreement with the IMF.  He said Greece was still hopeful that it would complete the review by the end of the year to unblock the bailout funds.