Mexico Set to Raise Gas Prices By 20% in January 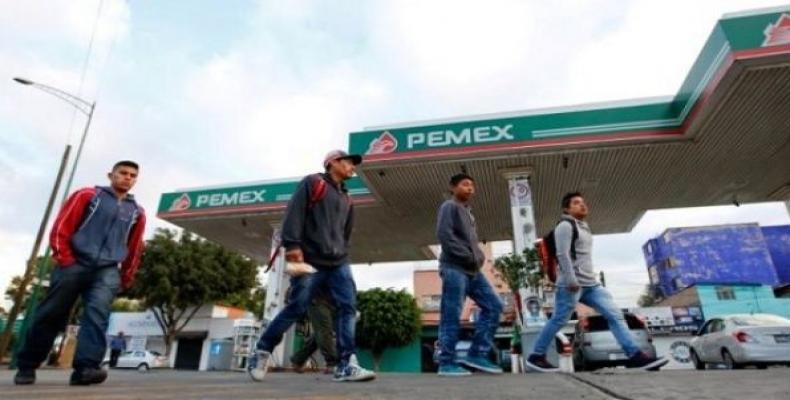 Mexico City, December 30 (RHC)-- Mexican gasoline prices will rise by as much as 20 percent next month compared to the highest recorded prices in December, the government announced, as part of a program to end years of government-set prices.

The ministry's price ceilings will be in effect through February 3rd.  After that, the maximum price will be set bi-weekly, until February 18, when it will be set daily.  "It's a change that will allow prices to reflect costs, and avoid artificial distortions," said Finance Minister Jose Antonio Meade.

Analysts said the liberalization program was likely to have an impact on inflation, which has already passed the central bank's three percent target due to a sharp peso depreciation.

"This is positive in the long term, but even so, in the very short term, clearly these rises ... will result in inflationary pressures for consumers throughout 2017, and we'll see a deceleration of internal demand," said Alejandro Cervantes, an economist at Banorte bank.

Earlier this month, the energy regulatory commission said a staggered fuel price liberalization will begin at the end of March and extend through the rest of 2017.  The move will phase out government-set gasoline prices, a practice that has prevailed in Mexico for decades, and replace them with market prices.

The change is one of the most tangible parts of an energy reform program in Mexico, which in 2013 ended the 75-year monopoly of state oil company Pemex, allowing private companies to import fuels for the first time in April, nine months ahead of what the energy reform program originally stipulated.  The reforms also paved the way for private companies to establish their own non-Pemex branded gas stations for the first time since the 1930s.