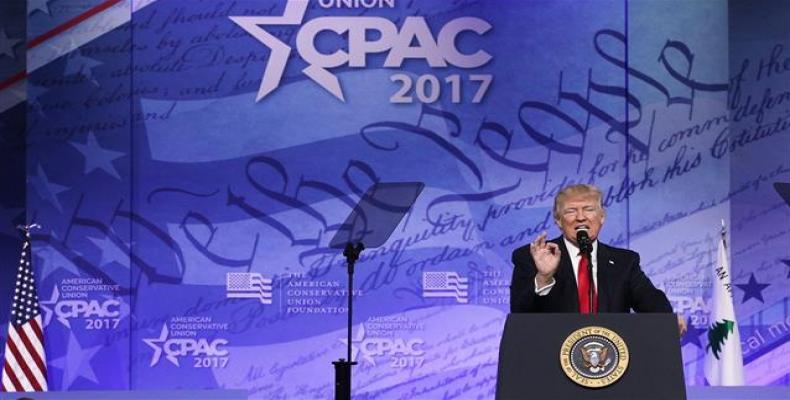 In a wide-ranging speech on Friday at the Conservative Political Action Conference (CPAC) outside Washington, the controversial president vowed to keep his election promises to the American people, including securing the border and fighting terrorism, as well as rebuilding U.S. industry and the country’s military.

Donald Trump said: “We're also making a massive budget request for our beloved military.  We will be substantially upgrading all of our military -- offensive, defensive, everything, bigger and better and stronger than ever before.  And hopefully, we'll never have to use it, but nobody's gonna mess with us."

Trump also repeated his election campaign call for building a wall on the U.S.-Mexico border and renewed his harsh criticism of the media, describing the press as "fake news."  "They (media) are the enemy of the people, because they have no sources.  They just make 'em up when there are none."