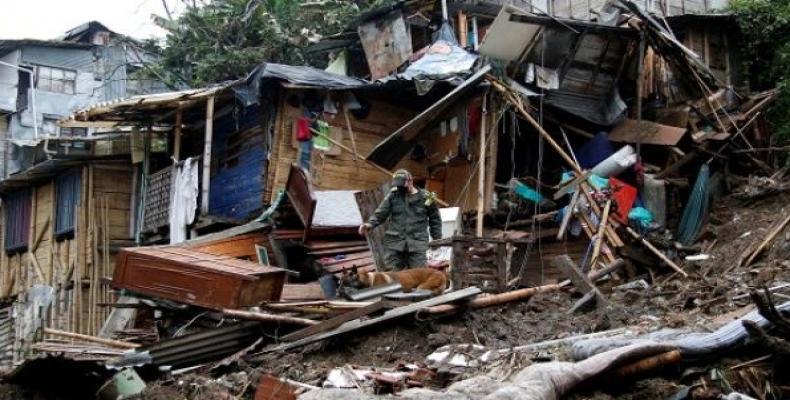 Bogota, April 21 (RHC)-- Seventeen people, including three children, have been killed in a mudslide that hit the western part of Colombia, as the South American nation faces a deadly winter.

Seven people are still missing in the town of Manizales, as the death toll is expected to rise with more rain forecast over the next two days.

At least 57 houses have been affected, according to the government.  The natural disaster happened overnight and caught many villagers off guard as they were sleeping.

The main roads that lead to Manizales have been blocked with debris and the airport is closed due to poor conditions.  This comes three weeks after several overflowed in the southern area of Mocoa, and left more than 300 people dead.

The mayor of Manizales, Jose Octavio Cardona, said there had been "40 or 50 landslides" due to the "incredibly intense" rain.