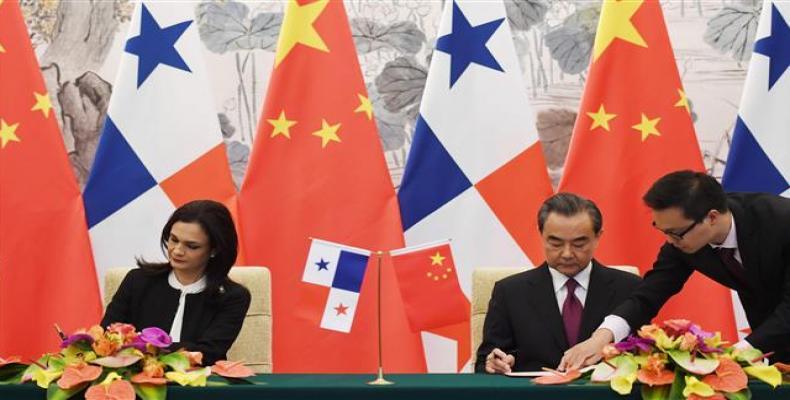 Beijing, June 13 (RHC)-- Panama has broken diplomatic ties with Taiwan in favor of establishing formal relations with Beijing.  The Panama City government said in a statement that it recognized there is only one China, and that Taiwan is part of the Asian giant.  The statement read: “The Panamanian government is today breaking its diplomatic ties with Taiwan, and pledges to end all relations or official contact with Taiwan.”

On Tuesday, Chinese Foreign Minister Wang Yi and his Panamanian counterpart Isabel Saint Malo de Alvarado signed a joint communiqué establishing ties in Beijing.  “This is a historic moment, China-Panama relations have opened a new chapter,” Wang said.  He added that Panama’s decision was in “complete accordance” with its people’s interests and “in keeping with the times.”

Panama is the latest country to cut relations with Taiwan, bringing the number of the countries that formally recognize the island down to 20.