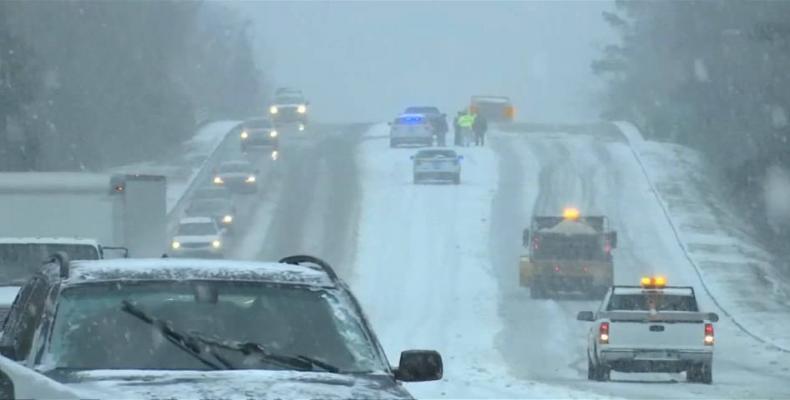 Meteorologists describe the storm as a "hyper-bombogenesis" that rapidly dropped pressure and quickly intensified over the Atlantic.  Forecasters predict the storm will be followed by bone-chilling temperatures as a "polar vortex" returns to much of the U.S. later this week.

Last month, President Donald Trump cited cold winter weather in the U.S. to repeat his claim that global warming is a hoax, but climate scientists say greenhouse gas emissions may be contributing to such weather events.