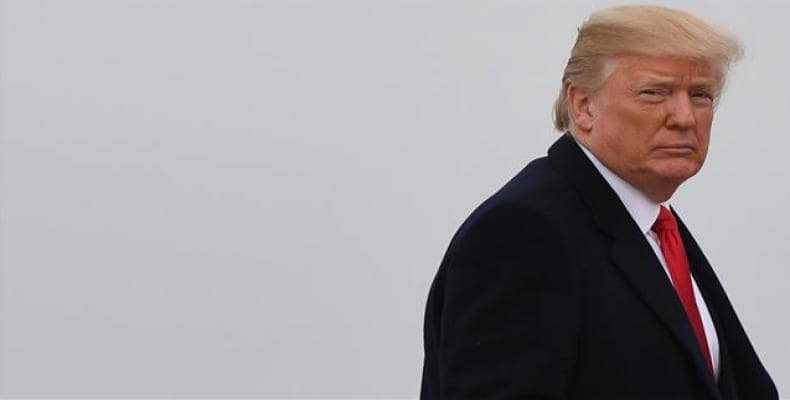 Washington, Feb 24 (RHC)-- U.S. President Donald Trump has announced what he called America’s “largest ever” tranche of sanctions against North Korea, in an attempt to increase pressure on the nuclear-armed country.  Trump made the announcement during his speech at the Conservative Political Action Conference on Friday, days after U.S. Secretary of State Rex Tillerson said the pressure from the U.S.-led economic sanctions is "having its bite on North Korea.”

“Today I am announcing that we are launching the largest-ever set of new sanctions on the North Korean regime,” Trump said.  “The Treasury Department will soon be taking new action to further cut off sources of revenue and fuel that the regime uses to fund its nuclear program and sustain its military by targeting 56 vessels, shipping companies and trade businesses that are assisting North Korea in evading sanctions,” he added.

Meanwhile, the Department of Treasury, State Department and the U.S. Coast Guard are issuing a global shipping advisory that threatens “very significant consequences” for assisting North Korea evade U.S.-led sanctions, according to Trump administration officials.  “By targeting North Korea’s ability to ship goods from international waters, we are very much closing in on one of the primary means that the regime uses to sustain and finance itself,” an administration official said.

“The president has made it loud and clear to companies around the world that if they choose to help finance North Korea and its nuclear ambitions, they will not do business with the United States.”

North Korea, already under numerous harsh U.S.-led sanctions, has resisted the pressure campaign led by Washington to try to force Pyongyang to halt its weapons program. It has vowed to keep up the development of its weapons programs as a deterrent against U.S. aggression.  The U.S. has substantial military presence in the region.

Rex Tillerson has said that the U.S. is using "large sticks" instead of carrots to convince North Korea to give up nuclear weapons.