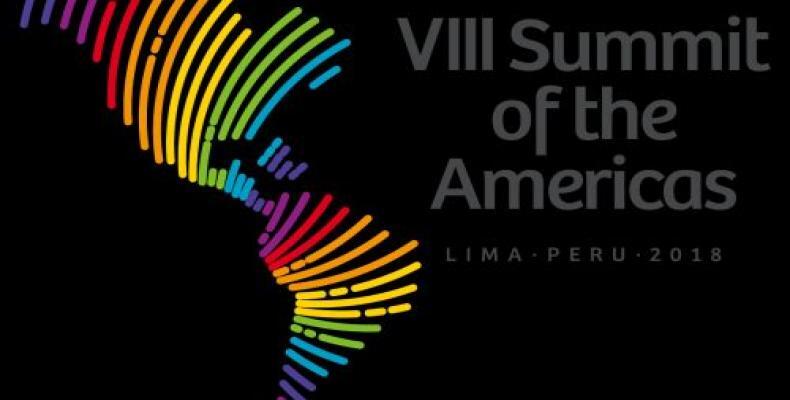 Lima, April 11 (RHC)-- Venezuelan President Nicolás Maduro has confirmed that he will not attend the Summit of the Americas that will take place on April 13 and 14 in Lima, the Peruvian capital.

Former Peruvian President Pedro Pablo Kuczynski, who was forced to resign amid a sprawling international corruption scandal – had rescinded Venezuela's invitation to the Summit on the grounds that Maduro's decision to call presidential elections in May was "undemocratic."

Maduro had asserted that he would attend the gathering anyway.

Speaking in a rally in Caracas on Tuesday, the head of State said he will be with the Venezuelan people to commemorate the defeat 16 years ago of the coup d'état against the historical leader of the Bolivarian Revolution, Hugo Chávez.

The president criticized the aggressive attitude of the right-wing governments in the Latin American region who act in total alignment with the interventionist policy of the United States towards Venezuela.

Meanwhile, Bolivia’s demand to have access to the sea will be one the items of discussion during the Peoples Summit, which began in Lima on Tuesday

The Bolivian demand against Chile will be addressed in search of support to this cause from the peoples of the continent, said the representative of the Peruvian peasant sector, Jorge Prado, quoted by local media.

'Regarding the demand of Bolivia and its right to a sovereign exit to the sea, it has our support and is one of the issues that we are working on together with other peoples of the region,' Prado told the nation's state broadcaster Patria Nueva.

The People's Summit, which will also be held in parallel to the 8th Summit of the Americas will also focus on the current trend of criminalizing progressive governments in the region by sectors of the right, Prado added.

The peasants’ representative also announced that the resolutions issued by the peoples' forum will be presented to the heads of state of the continent, during the Summit, whose main subject of discussion will be “Democratic Governance against Corruption.”