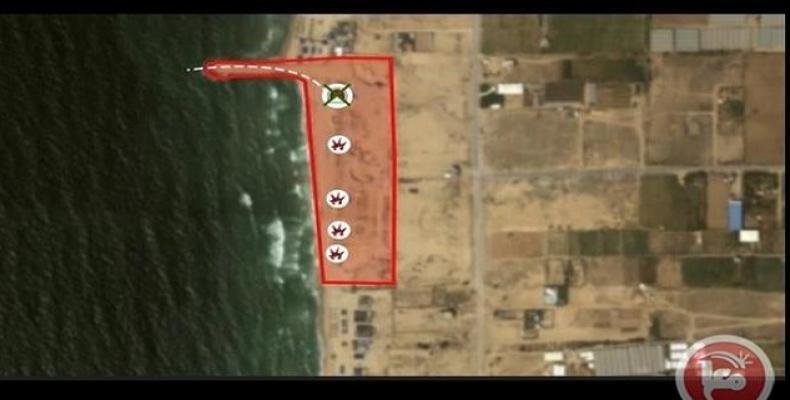 Gaza City, June 11 (RHC)-- The Israeli military has destroyed a tunnel from the northern part of the Gaza Strip, which purportedly gave frogmen from the Palestinian Hamas resistance movement unnoticeable access to the sea from their base in the besieged enclave.

Israel's Hebrew-language Channel 2 television network reported on Sunday that the tunnel, which belonged to the naval force of the Ezzedine al-Qassam Brigades -- the military wing of Hamas, was targeted last week as Israeli military aircraft pounded over a dozen targets in Gaza.

Israeli military spokesman Jonathan Conricus told reporters that the tunnel was the first of its kind discovered by Israeli intelligence forces.  Cornicus added that it was probable there were more like it not yet located by Israel.  "We continue to monitor using all our operational, technical and intelligence capabilities that we have at our disposal," he noted.    Conricus said the tunnel ran from a Hamas military facility into the Mediterranean Sea "a few dozen meters away" and had a depth underwater of two to three meters.

"It could have facilitated hostile activity against Israel," he said, adding that the tunnel's underwater exit was about three kilometers (two miles) from the border with occupied territories.   Conricus highlighted that the tunnel had been used in Hamas training and was "operational."

The report comes as at least 129 Palestinians have been killed by Israeli forces since the "Great March of Return" began in the Gaza Strip on March 30.  Fourteen children are among the fallen Palestinians.   About 13,300 Palestinians also sustained injuries, of whom 300 are in a critical condition.

The occupied territories have witnessed new tensions ever since US President Donald Trump on December 6, 2017 announced Washington's recognition of Jerusalem as Israel's capital and said the U.S. would move its embassy to the city.