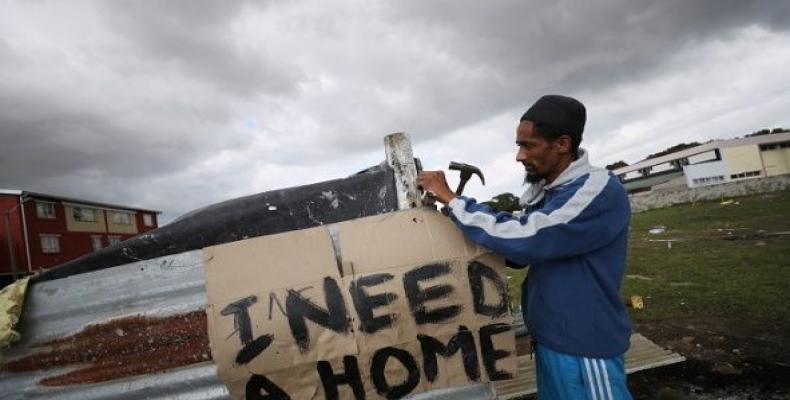 Pretoria, August 24 (RHC)-- South Africa's government has energetically responded to U.S. President Donald Trump's tweet on land reform, in an official tweet Thursday, rejecting the comment as a attempt to divide the country.

“South Africa totally rejects this narrow perception which only seeks to divide our nation and reminds us of our colonial past,” the government said on a tweet.  President Cyril Ramaphosa's spokeswoman, Khusela Diko, said that Trump was misinformed about the country's plan to make a needed agrarian reform, as the country remains deeply racially divided and unequal where white farmers hold the majority of the productive lands.

“The presidency has noted Trump’s tweet, which is misinformed in our view.  We will take up the matter through diplomatic channels,” Diko said.

On Wednesday, the U.S. president tweeted that he had asked Mike Pompeo, U.S. secretary of state, to study "the South Africa land and farm seizures and expropriations," which elicited the South African government's indignation.  The foreign ministry of the South African Government will seek clarification about Trump's comments from the U.S. Embassy in Pretoria.

Apartheid and white-minority rule in South Africa ended in 1994, however, most of the productive lands, and about 95% of the wealth is still owned by 10% of the country's population.  In December, the African National Congress first adopted the measure of land seizure without compensation as a possibility of land expropriation within the current laws while trying to avoid a constitutional change.

However, August 1st, President Ramaphosa announced plans to amend the country's constitution to allow an easier land expropriation without compensation.  As “it has become pertinently clear that our people want the constitution to be more explicit about expropriation of land without compensation as demonstrated in the public hearings,” the head of state said during a press conference.