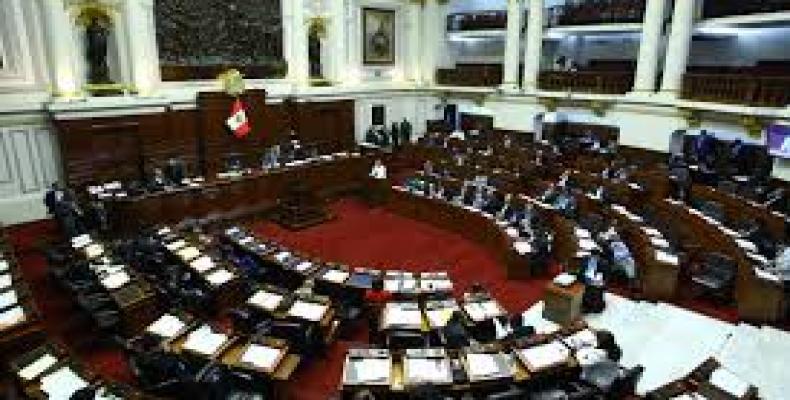 Lima, October 5 (RHC)-- Peru’s Congress has approved four anti-corruption reforms submitted by President Martin Vizcarra.  The proposed reforms will be voted on in a national referendum on December 9th and are part of an effort to curb rampant state corruption.

Peruvian legislators faced increasing pressure to approve the reforms, backed by over 70 percent of the population according to polls after president Vizcarra called for a confidence vote in Congress. A no-confidence vote would have led to the dissolution of Congress, and early general elections.

Vizcarra’s move was successful in unblocking legislative debate on the reforms that had been stalled in Congress for 40 days. A day before the no-confidence vote, legislators approved the legal ruling to reform the National Judicial Council (CNM), which would change the name of the institution to Junta Nacional de Justicia, or National Board of Justice, and change the way its members are elected.

Members of the National Board of Justice will be selected by a special commission led by the public defender, the general attorney, the president of the judicial branch, the comptroller general and the president of the constitutional tribunal through a public contest based on merit. The reform also stipulates that the board will haveº to present an annual report of its activities before Congress.

After the September 19th confidence vote in Vizcarra’s cabinet, Congress moved quickly to pass the remaining three reforms with minor changes.  If the reforms are approved in the December 9th referendum, the finances and contributions to political parties will be more closely controlled, Congress will have 130 deputies and 50 senators (originally, president Martin Vizcarra proposed a bicameral congress with 100 deputies and 30 senators), and legislators will not be allowed to run for Congress immediately after their term ends.  Now the reforms will be sent to the Executive, who will begin procedures to call for the referendum.