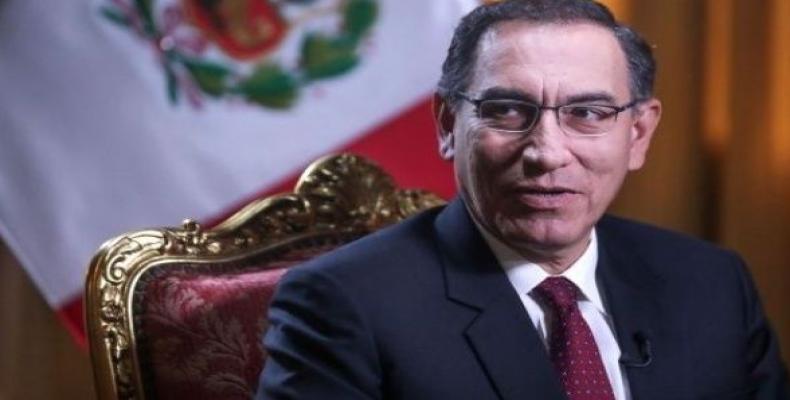 Lima, September 17 (RHC)-- Peruvian President Martín Vizcarra has demanded that the country's legislature approve a constitutional reform against corruption, saying that otherwise he will dissolve the Congress.

To do this, he convened both houses to an extraordinary plenary session for next Wednesday, September 19 in order to legislate the measure.  In a televised message to the nation Sunday evening, the Peruvian president explained that he will present a Question of Confidence (motion of censure) before the National Congress if the four constitutional reform projects are not approved to address the political and judicial crisis in force in the country, the recent acts of corruption.

Under Peru’s constitution, a president can dissolve Congress and call new legislative elections if Congress dismisses his Cabinet over proposed laws twice.  The current Congress has already dismissed one Cabinet during this government, under former President Pedro Pablo Kuczynski, whom Vizcarra had served under as vice president.